Jim Dalrymple on The Loop, Macs, and Jamming

Some call this man "The Beard". Some say he just has one. Others like to think that it tweets for him. I'm of course talking about none other than Jim Dalrymple of The Loop. Dalrymple is known for his extensive knowledge of Apple, along with his very reliable contacts in the business. He's also a musician who loves guitar and metal music. I secured an interview with the insightful Dalrymple, and now it's here for you to read. So go on, peer into the life of a blogging legend. 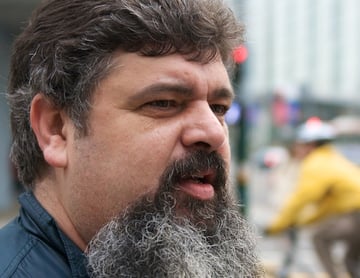 Hey Jim! Tell us a little bit about what you’ve been up to lately.

Well, it’s the first of the year and I took some time over Christmas to kind of reassess where The Loop was. You know, to look at things that I did last year and see what I want to change. Some of the changes coming in 2013 will make the site a lot easier and better for users. I’m thinking about putting in a responsive design. For the past few years, the design has stayed the same because I didn’t know how I wanted to make it appear on a mobile device.

You can do an app, or even let users read later with Instapaper. But the thing is, you shouldn’t have to rely on Instapaper. You should be able to go to a site and read it on whatever device you’re on, and it should just work. Right now, The Loop doesn’t. If you still want to read in Instapaper, or whatever service you prefer, that’s up to you, but it shouldn’t be a requirement. And right now it is. That’s on me — I want to fix it. So I hired a designer and they’re working on that and it’ll look better in the future.

My main priority right now is to make sure the site looks good for readers. It’s one of the main things that I saw wasn’t done and I wanted to do it right. It all pays off: you treat your readers like they matter and they’ll keep coming back to you. If you don’t, they’ll go somewhere else.

How long have you been using Macs?

My first Mac was a Performa 5200CD. That was back in 1994. We’ve come a long way since then. It’s amazing how far we’ve come in a relatively short amount of time. The things that high-speed Internet allowed us to do: streaming video, audio, and stuff like that faster than ever. WiFi, too, is remarkable.

There are so many cool technologies now. It’s crazy that people get all caught up in the patents that Apple gets. Those are ideas, not necessarily products. But some of them are cool and there are some really cool ideas. It’s exciting to see how they get implemented, if ever. 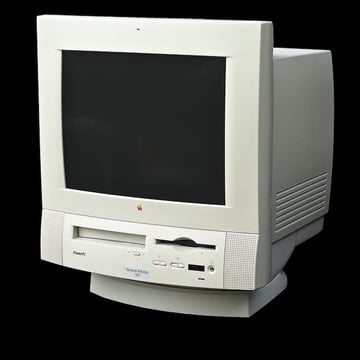 At home I’m using a 15-inch MacBook Pro with Retina display and here, I brought my 13-inch Retina because when I travel, it’s less bulky. Then, of course, I carry an iPhone 5 and an iPad mini. That’s my most-used setup, but I also have a Mac Pro at home for recording guitar, drums, and anything else that’s in the studio. (More on this later.)

What are some of your favorite Mac apps right now?

1Password, BBEdit, Byword, iA Writer, iTunes, MarsEdit, and Pixelmator are my most used apps. I really love MarsEdit because it gives me a way to write without looking at the backend of WordPress. I don’t need plugins and all that. I just want to write.

MarsEdit is compatible with Markdown and I can preview everything if I want. It’s just simple: when I start it up, I can hit Command + N and start writing. And when you add a custom field in MarsEdit, it’s right at the top and you don’t have to go searching for it. Everything is just really easy and I like knowing that if I post something, it’s done. I never have to see the cluttered back of WordPress; I can focus on writing.

Sometimes I go longer not posting anything than other people do because I don’t want to post any junk.

I don’t know that I have a routine outside of writing. You know, The Loop is my main thing, it’s my job. I think some people think that, as an independent writer you can get up and not have to worry about doing the “regular routine”. But you really do, even more so. You have to make sure that there’s content posted, and it has to be interesting content. Sometimes I go longer not posting anything than other people do because I don’t want to post any junk. I want to make sure what I publish is consistent.

It’s important as a writer to write about what you want to. I mean, if you were dreading doing this interview, then you shouldn’t be writing it. There are a lot of people out there who, out of necessity, write about things that don’t interest them because that’s their job. But independent writers that do the types of things I do can just say "no."

For example, I don’t have to write about NAMM if I don’t want to. I don’t have to post a single thing this whole week. Earlier today, I wrote about the first mid-side stereo microphone for iOS devices. That wasn’t because I had to, but because I thought the idea was brilliant.

Are you satisfied with your current Mac setup or would you prefer a different one?

I wake up every day and here are these great Macs that I can work on. What more could I want?

I like my 15-inch MacBook at home because I have the real estate. I don’t go anywhere with it — it just sits on my desk. That’s my main computer at home. Traveling with a 13-inch is great because it’s a nice small machine. In my studio I have a Mac Pro and a 27-inch Apple monitor. That thing is very powerful and I actually just bought a new one because, for the first time in seven years, a piece of hardware was released that couldn’t run on an older Mac Pro.

It’s crazy that even with my old Mac Pro, I recorded entire bands with something like 13-14 mics recording live. It had no hiccups or anything. The new one allows me to do all that and more, which is great. Overall, I have a lot of new equipment and I’m very happy with it. The Macs that I have are “dream Macs”, really. I wake up every day and here are these great Macs that I can work on. What more could I want?

You’re a pretty rockin’ guitarist! How have Macs played a part in your workflow as a musician?

Well, I’ve got 20 guitars and 8 amps, so I’m all set from an analog standpoint. I’ve got a couple of audio interfaces as well. Anything from a cheap USB one all the way up to a new Universal Audio Apollo, which has got to be everybody’s dream interface. I use Pro Tools for most of my recordings, though I also have Logic on my computer for the times that I want something different.

What are your goals with The Loop? How is it different from other Apple news sites?

I just want it to be a reflection of me and Peter. We post things that we find interesting, not necessarily stuff that’s all about Apple or technology. As long as The Loop continues along those lines and I post things that I enjoy writing about, the site will continue to thrive. Something on The Loop doesn’t have to be related to anything as long as it’s interesting. Not everyone will like what I write, but that’s okay — I’m not looking for every crowd. I’m also not worrying about getting an exclusive because page views don’t matter. Doing what I love is what The Loop is about.

Posting about things that I like is what makes The Loop different from other sites. I think that putting readers first and not worrying about page views will help keep the site fresh. I mean, just because a company sends you a press release doesn’t mean that it’s news. For a long time, every company that sent out a press release got published somewhere, and some still do. But I’d rather post an article or a link to something that nobody has ever heard of. Rehashing thoughts isn’t going to keep readers on the site.

Where do you see Macs headed in the next decade?

The mistake that Microsoft made was trying to put desktop apps in a mobile environment, which just doesn’t work.

I’m not sure. We’re kind of moving to a more mobile, iPad computing environment, but we’re still not done with desktop and mobile computers. I can’t see how we’d get out of graphic design or recording without computers. Overall, computing is going to go more mobile and app-based than it is right now. Look at where we were a decade ago and think where we could be a decade from now — all the technologies that could come along to help push us through another barrier.

Right now, we’re in the age of mobile computing. You have the iPad with mobile apps which are designed for the touchscreen. The mistake that Microsoft made was trying to put desktop apps in a mobile environment, which just doesn’t work. You need apps that are designed for that mobile environment. Of course, right now we’re in the baby steps of that. In ten years, who knows how things will pan out.

What do you think OS XI will bring?

That’s the wrap for this interview. I’d like to thank Jim Dalrymple for taking the time to answer these questions and I hope you enjoyed reading the article.