Keyboard shortcuts are essential for any Mac user looking to quicken the speed of their workflow. By giving you quicker navigation they make the whole process of using a Mac far easier.

Recently, on Tuts+ Computer Skills we covered 40 Nifty Shortcuts to Make Your Life Easier, a tutorial which explained everyday OS X keyboard shortcuts. This tutorial covers some more advanced shortcuts which you can incorporate into your workflows.

For those who regularly deal with mathematical equations, on their Macs, it's helpful to quickly insert the specific symbols needed in equations. Here are some that you may deal with on a regular basis.

To form the not equals sign on a Mac keyboard the shortcut is Option Equals.

Another useful keyboard combination is Option Shift Equals this forms the Plus or Minus Sign.

Something which probably won't be used as much as others is the infinity symbol, however, you can quickly enter it into the text with Option 5.

Instead of adding three full stops to form an Ellipses there is a shortcut to get there easier. To do that the keyboard combination is Option Semicolon.

Sometimes a forward slash isn't enough to show the dividing of numbers. To create a proper dividing sign you need to press Option Question Mark.

To add equal to or a greater than sign you need to press Option Greater Than.

The equal to or lower than sign works in the same way. This time the key combination is Option Lower Than.

The Pi constant which is used often in Maths is easy to enter by hitting Option P.

For those of us who need to communicate in a language requiring accents and special symbols its often a struggle to fluently write without entering the special characters window often. Below I've shown how you can efficiently create accents and symbols on your Mac.

To create a grave accent you will need to press Option ` this will then show the grave symbol in yellow highlighting. Following this you must press your desired letter and the accent will be added.

With an acute accent, the key combination is Option E. Similarly, yellow highlighting will appear and you can type the vowel require.

To create a circumflex above a vowel, Option I is the keyboard shortcut. Followed by the typing of the vowel.

Adding a tilde accent is performed by using the shortcut Option N then typing the vowel you require.

Finally, to add a Dieresis to a letter you will need to press Option U.

To form the Inverted Question mark which is used in Spanish written text you need use the shortcut Option Shift Question Mark.

Screenshots are something I deal with nearly every day and are a great way to share work to friends or represent a task you are undergoing. With Mac OS X's built in screenshot tools there is no need to download a third party screen grabber ever again. By learning these four shortcuts you can master screen printing on a Mac.

To take a screenshot of the entire screen of work you will need to press Command Shift 3, automatically saving the image to your desktop.

Similarly you can choose to only take a screenshot of a certain part of your screen. To achieve this press Command Shift 4.

Sometimes you will only want a screenshot of one window on your screen. To do this you need to start with Command Shift 4 then press Spacebar this will bring up a camera tool which will allow you to pick the window you want.

19. Copying the Screenshot to the Clipboard

Automatically all of your screenshots will be saved to the desktop, but for some people clogging up the desktop is something to avoid at all costs. To stop this from happening you can hold Control with any of the above shortcuts, this will copy the screenshot to your clipboard for you to place wherever you wish.

Special characters always come in useful and being able to quickly insert them is a skill which can be helpful to know. Below I've shown the keyboard shortcuts to some of the most popular special characters.

Something many UK Mac users find hard to find on their keyboards is the hash key because there isn't actually a key with a hash on it. It can be found though by using the keyboard combination Option 3.

Alt Shift 2 is the keyboard combination which forms the trademark symbol.

To make a registered trademark symbol you will need to press Option R.

The copyright symbol is produced with the combination Option G.

On the number two key on UK keyboards you can see the euro symbol and to access it you need to press Alt 2.

To quickly make a bullet point in any application you can use the keyboard shortcut Option 8. This makes it far easier when trying to format a piece of text.

The Pilcrow which is used to symbolise the starting of paragraphs is composed with Option 7.

27. Create a Dagger for Footnotes †

The Dagger is produced with Option T. This can be used to show footnotes.

One of the one useful special characters is the degree symbol. This can be inserted by pressing Option 0.

The Greek letter delta can be made by hitting Option D.

The second letter in the Greek alphabet, Beta, is made by pressing Option S.

Omega is created by using the keys Option Z.

Startup and Shut Down Shortcuts

When booting up or shutting down your Mac there is a range of different shortcuts which will take you to different places. Some of the most helpful are below.

Once the Apple logo appears on startup, you have the ability to see the drives which you are able to boot from after holding down Option.

To start your Mac in safe mode you must hold Shift when the Apple logo appears on startup.

Something which won't appear when you show bootable drives in startup is the external sources which you may want to boot from. To boot directly from external sources such as USB, CD or DVD hold C when the Apple logo appears.

To enter recovery mode on startup hold down Command R. This will allow you to access to Recovery Mode utilities.

Entering Single User Mode is done by pressing Command S when starting up your Mac, this can be used for troubleshooting or software development.

To quickly send your Mac to Sleep the keyboard combination is Command Option Eject. Great for if you're in a rush to lock your Mac and don't want to perform a full shutdown.

If you don't want to automatically sleep your Mac and you would prefer to be given the three shutdown options you can press Control Eject. This will bring up an interface allowing you to choose between Sleep, Restart or Shutdown.

Managing the deleting of items is an important matter, and being able to use the correct shortcuts to complete tasks quicker can be very beneficial.

38. Returning an Item From the Trash

Once you in the Trash if you want to quickly return an item to the place it was deleted from you follow the same shortcut as above. Either Command Delete or Command Backspace.

To empty the trash the keyboard shortcut is Command Shift Delete.

In the last shortcut, after pressing you are given a warning on whether you would like to delete or not, however, you can force the empty so this warning doesn't appear. This is achieved by adding Option to the combination so that you press Command Option Shift Delete.

There is also an Easter egg on Mac keyboards which allows you to form an Apple logo. This is achieved by pressing Option Shift K.

In this tutorial I highlighted some of the more specialised shortcuts which you are able to use on your Mac with keyboard combinations. Each of these can speed up the time it takes you to complete a task and make working with your computer a little bit easier.

By integrating these, and the shortcuts in Jacob's 40 Nifty Shortcuts to Make Your Life Easier tutorial, you should be able to make much progress with your use of keyboard combinations.

Did I miss any shortcuts which you feel should have been mentioned? Let us know below. 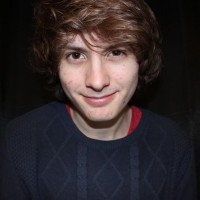