An In-Depth Look at iTunes 11

Alongside the launch of the iPhone 5, iPod Nano, and iPod Touch, Apple promised us an October release of iTunes 11; the biggest update to their all-in-one media management tool since the inclusion of a music store in 2003. As October came and went, Apple failed to deliver on time, instead pushing the release back to “November”, and on the 29th the new iTunes finally shipped. With this major release comes a new interface, seamless iCloud integration, and a major design overhaul. In this article I’ll take you in-depth into the new additions and changes to Apple’s Swiss Army Knife of media players. 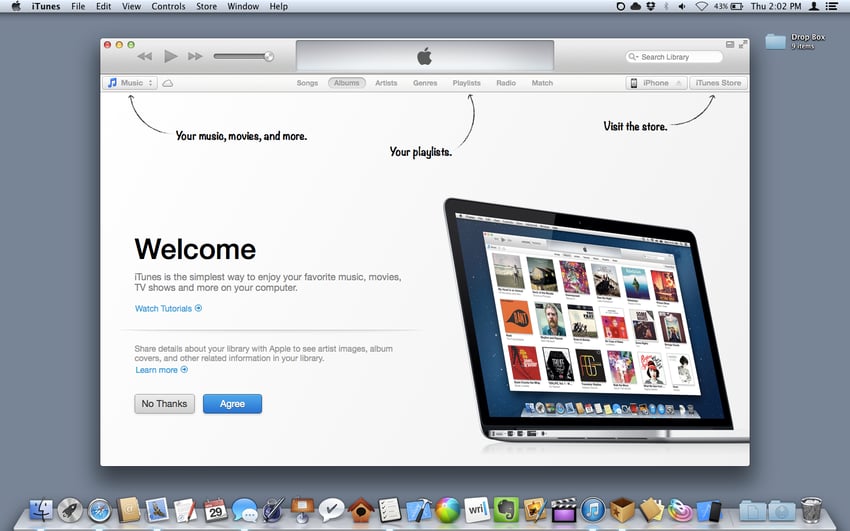 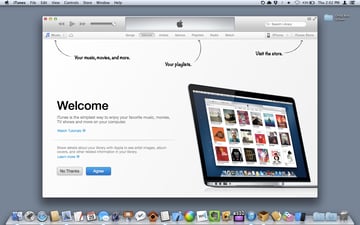 The Welcome screen in iTunes 11

Apple's new iTunes design is nothing like they've ever done before. It only mildly resembles its counterparts on iOS, instead creating it's own design language, which manages to fit into OS X while still being unique.

Beginning at the top, the toolbar features a return to the normal left-to-right window controls, replacing the top-down controls which were almost universally panned. There's also new player control buttons which aren't exactly better, just different. As with the rest of the application, this style of button isn't seen anywhere else in OS X and that leads me to believe it might be a sign of things to come.

Continuing across the toolbar, Apple has brought their skeuomorphic volume slider over from iOS, and it works pretty well. While I'm not a fan of skeuomorphism in general, the subtle metallic on the "knob" looks nice and doesn't hurt the overall simplified feel of the design. The toolbar also includes controls for AirPlay front-and-center, which is a welcome addition.

Rounding off the changes to the toolbar's UI is a new "now playing view" with a noticeable gradient which makes it look like it's been inset into the toolbar. The rest of the player's design can be divided into three styles:

Finally, there's a new icon which is basically the old one with the music note inverted to be white instead of a dark purple-grey; this was definitely a step backwards. Overall, iTunes has needed a facelift for awhile now and this new design takes many steps forward and only a few back.

Apple is billing its new iCloud integration for iTunes 11 as a headline feature, and I guess there's really not much to say on the matter - it works. By default, when you first open the app you're greeted with every song from your iTunes in the Cloud library; don't worry, they're not automatically downloaded, though. Those iTunes in the Cloud songs can be either streamed, downloaded, or hidden completely.

I chose the third of those options, since I'm not particularly interested in seeing every song I've ever purchased. Streaming music works as expected and buffering was minimal; I can definitely see this playing nicely into a Spotify or Rdio alternative in the near future.

In addition, when you add a song in iCloud to your "Up Next" queue, it buffers in the background, which means you won't have to wait in between songs. Nice touch, Apple. The iCloud integration for TV shows and movies works in the exact same way as for Music, although there seems to be more utility in streaming TV and Movies which otherwise take up quite a bit of hard disk space than in music which is comparatively much smaller.

I was disappointed, however, to see that there is no iCloud integration for Books or Audio Books. All things considered, if your Mac has a large hard drive this newfound iCloud integration probably won't be very useful, but if you're stuck with a smaller SSD, this might be just the thing you need to conserve space. 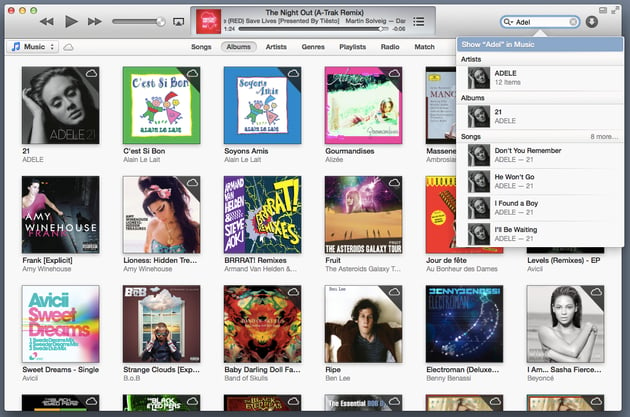 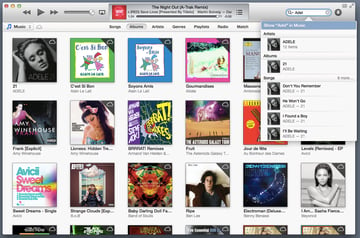 iTunes 11 is packed with smaller new features which make using the app a much more enjoyable experience over previous versions. Since they each don't really merit a section of their own, I've compiled a complete list below of some of the biggest ones:

While Apple added quite a bit in this release of iTunes, a few features are also missing. If you use any of these, you might want to wait on upgrading.

iTunes 11 is no doubt one of the app's biggest upgrades yet, and it's clear that it has been designed with an eye towards the future. With iCloud as a headlining feature, users with smaller hard drives or SSDs are likely to see their media libraries in a whole new light; not as something stored on your computer, but as something to be retrieved on demand from the cloud.

Moreover, many of the app's user interface design decisions point towards a similar future for the rest of Mac OS X. Despite these major changes, iTunes 11 feels like the iTunes you've come to know with a new coat of paint; and truth be told, that’s not a knock against it. By keeping many interface elements intact, the new iTunes has managed to maintain a pretty slim learning curve for those coming from older versions of the world's most popular MP3 player while still allowing Apple to begin the transition to the future of your media library.

Alex Arena
I'm a Computer Science student at Arizona State University, and, of course, an instructor for the Tuts+ network. I've also been known to dabble in my fair share of podcasting, politics, and development.
alexarena
Weekly email summary