App Nap and Other Power-Saving Features in Mavericks

Macs have long been known for their amazing combination of power and battery life–it is a characteristic that Apple pushes strongly in its advertisements and more importantly it is likely one the Mac’s aspects that you most cherish.

Mavericks brings with it many power-saving features that means a Mac’s battery can not only last longer, but that it will be more efficient; you could see improved performance at the same time.

Apple’s dogmatic approach, in building both the hardware and software, allows not only creation of the best products, but to capitalise on a unique integration for the power-saving advances that are found in Mavericks

App Nap saves power by slowing down apps that you are not using when running multiple apps at the same time.

If you're working in one app, and you have apps that are hidden behind other windows, App Nap conserves battery life by slowing it down. This applies so long as that app isn’t doing something for you, such as playing music or checking email.

The same is true for Safari, whereby only the visible tab is running at full speed.

A timer is a request made by an app or background process to the operating system to perform an action under a specified amount of time.

As the number of timers set by all your apps increases, so does the amount of time the CPU potentially needs to spend working.

This is where App Nap’s timer throttling comes in, by reducing the frequency with which an app’s timers are fired–allowing the CPU to remain idle for longer when running applications that frequently check for data–meaning the Mac’s CPU remains idle for longer periods of time and conserve power usage.

Input/Output, or I/O, throttling aims to more efficiently handle memory processing by assigning the lowers priority to disk or network activity associated with a napping app, consequently the rate at which the application is reading/writing data from a device is significantly reduced.

Thus the app uses less power and reduces the probability that a background process with interfere with the I/O activity of an app you are currently using, meaning reduced energy consumption and potentially improved performance.

Priority Reduction works in a similar manner by reducing the UNIX process priority of an app and assigns an app a smaller portion of a CPU’s processing time.

Developers possess the ability to make their app ineligible for App Nap should they see fit.

Users can opt out of App Nap by going to Finder and secondary-clicking the app, choosing Get Info and ticking the tickbox labelled Prevent App Nap.

The improvements should allow App Nap to reduce the power usage of your apps, preserving battery life and enhancing performance, all without you having to do anything different.

Timer Coalescing focusses on boosting efficiency and reducing power consumption by grouping low-level operations together in Mavericks. This creates more idle time for the CPU.

Apple claims that this can reduced CPU activity up to 72%, all without compromising the performance of the machine. This is a very important feature because waking up the processor frequently can impact battery life. By staging timer requests into waves, Mavericks can wake the processor less frequently.

Not only are timer requests throttled by napping, Mavericks will shift the execution of timers by a small amount so that timers of multiple applications are executed at the same time, the result being improved battery life.

In the tutorial How to Upgrade the RAM in Your MacBook Pro I showed how  to speed up a Mac by increasing the physical size of RAM. This new feature in Mavericks helps to achieve more from the available RAM.

The more memory your Mac has at its disposal, the faster the performance, so Compressed Memory allows the Mac to free up memory space by automatically compressing data from inactive apps.

This results in less memory usage, in some cases by more than 50%, and improved performance in memory-hungry applications.

Mavericks introduces the Safari Power Saver feature that helps to curb the energy usage of those browser plug-ins, saving up to 35% of CPU power compared to previous versions of Safari.

If you’ve been using Safari with Mavericks for any significant period of time you'll have noticed, in some of the tabs, that plug-ins occasionally remain inactive until you click play. Generally I have found this to have worked well, since it is targeted, much like App Nap, to only work on content that is not front and centre.

There have been, however, one or two circumstances where content isn’t playing in a tab.  Should you wish, you can remove this feature by accessing Preferences, in Safari, and deselecting Stop plug-ins to save power under the Advanced tab.

The features, shown above, are not the limit of the power saving features, only the most significant.

For example, there is more efficient iTunes HD playback: Importance Donation, which donates processes from background apps to high-priority apps.

Activity Monitor has been available for a long time allowing visibilty of processes that are occupying the CPU. In Mavericks, Activity Monitor shows an app-by-app view of power usage, so you can see exactly which apps are most efficient and where battery power is being used.

The Battery status, in the menu bar, now shows you which apps are using the most energy without the need to open Activity Monitor. This means that you can target and quit the apps, manually, that are draining battery power.

OS X has become increasingly stable and delightful to use–for the most part–and the new power saving features found in Mavericks are a testament to that.

Apple sought to make these already great machines even greater, in terms of battery life and performance–some pretty core features.

All of the new power-saving features combine, working without developers needing to modify their code, for increased performance and longer battery life. 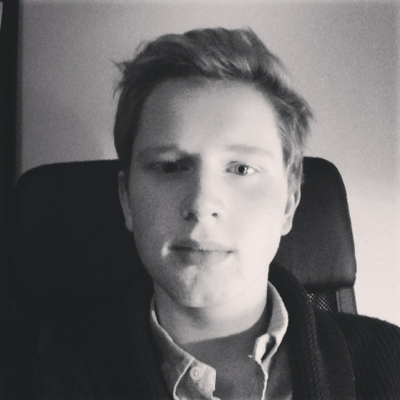 Toby O. G. Seers
Toby is a student at university in England, studying History and Politics. He has been using Apple products for several years and has developed a striking fondness for them - leading him to have quite a collection of Apple devices.
Togsy
Weekly email summary