Going Vintage: How and Why to Start Using Mac OS 9 Software

Instrumental in Apple's well-documented comeback from the brink of disaster was the launch of OS X, an operating system which seemed to herald a new age for Apple and since then, the Cupertino alumni have never looked back, increasing sales each year and ultimately dominating the home computer market.

But what about OS 9? Well, despite the public funeral Jobs gave the venerable Mac OS 9 on a 2002 Keynote, it is still being used and even developed for, with users attracted to its speed, unique UI and, most importantly, the untold wealth of applications which have never made the leap over to OS X.

If you've only become familiar with Apple computers since OS X like myself, you may be forgiven for having no idea about this rich software history which is just waiting to be explored, read on below to see how you can get started!

Getting Bitten By The OS 9 Bug

I recently wrote a guide to setting up a beater Mac with a G4 and OS X Tiger. While I still stand behind the article (and indeed am using that same Mac to write this very piece), it was something of a learning experience and I've since realized I was a little too hasty to dismiss anything pre-Tiger as too old to be useful for users today. I have come to realize that even the oldest of Macs can be useful and attract talented enthusiasts hell-bent on keeping the machines capable of productivity in a post-internet world. So why go so low as OS 9?

Well, beyond the fact that it's simply good geeky fun to have a play with older systems and software, there's actually a lot of compelling software available for OS 9. Aside from the myriad of Word Processing applications, Graphics and Music software, Task Management and Number Crunching tools, there is one particular area in which OS 9 excels which may surprise you: retro-gaming, with countless titles to have fun with, such as X-Plane 6, Caesar I, II & III, Another World, Descent and more.

Tip: OS 9 is often referred to as Classic, though I've kept away from this term to save confusion when I discuss Apple's own emulation software which goes by the same name.

The legality of abandonware is arguably dubious, but unlike popular 1980's console games, we're talking about niche software which cannot really be bought in any quantity, is no longer supported and cannot be run on any modern machine without significant knowledge and time spent. This is software which the developers have, quite literally, abandoned and so is generally considered fair game. I'm not going to talk you through finding your own abandonware here, but suffice to say it's a very simple matter to discover titles to download - just make sure that the game or application is not still for sale anywhere, as on occasion (such as Text Edit Plus), the developer will be actively selling it.

Before getting started, here's a disclaimer:

This guide is not aimed toward the complete novice. Rather, I hope to appeal to the kind of people who like to tinker, who like to reminisce and who enjoy doing cool things with their machines. If you want everything to work in the flawless fashion we've come to expect from the modern Apple experience, then turn away now!

Planning Your Route To OS 9: Vintage

The simplest and most direct way to run OS 9 applications is by booting into the OS natively on an older Mac such as an iBook G3 Clamshell, which can be picked up very cheaply - as in the cost of a night at the movies cheap. Be aware that if OS 9 is not already installed, you will either need to install it yourself and pick up a copy of OS 9, or stay in OS X and run OS 9 applications in Classic, which I'll cover in more detail below.

Tip: This Wikipedia page highlights Mac OS 9 compatibility, though I found this guide on Every Mac a little easier to follow.

Planning Your Route To OS 9: Classic

If you already own a PowerPC Mac running any version of OS X up to and including Tiger, you can employ Apple's own built-in emulation software 'Classic' to run OS 9 applications and games. As with any emulator, there is some software out there which may not run perfectly, though everything I've been able to test has run flawlessly and so this is my own favored method of using OS 9 software.

There's a lot of confusion on the internet when looking up how Classic actually works, so I'm going to break it down below using a method which I've tested on a G3 and G4 running both Tiger and Panther with no issues - I understand that each earlier iteration of OS X should work too. 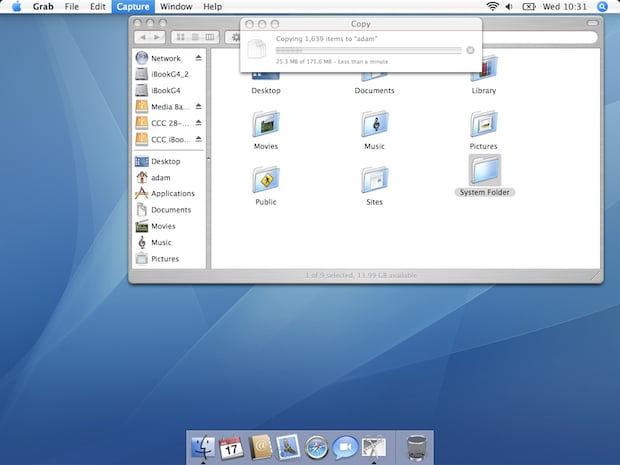 This is probably the single biggest challenge of running Classic. If you decide that Classic is for you, then you're going to need a working System folder, which can come from the hard drive of an OS 9 running Mac, or an install disc. It's a shame that Apple doesn't sell copies of OS 9 or at least offer a download of the System folder because it drives people to pirate copies for lack of availability. While I can't condone breaking any copyright laws, if you are able to grab an OS 9 System folder off an old Mac then you'll be in good shape, otherwise there's always garage sales and online auctions.

In order to copy an OS 9 System folder, simply boot into the older Mac in question, then make sure it's fully updated. If this is the case, copy and paste into an external drive (I used an iPod) and put it somewhere safe on your other, newer Mac. It doesn't need to be in the root of your newer Mac's hard drive, so a suitable choice could be in your User folder.

OS 9.2.2 isn't technically mandatory for Classic, though it is very much recommended you use this updated version since it will likely save installation headaches (I haven't managed to run Classic successfully on earlier updates of OS 9, such as 9.0.4). 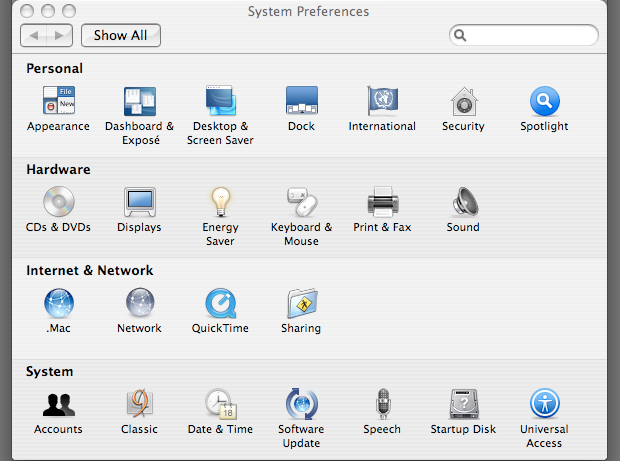 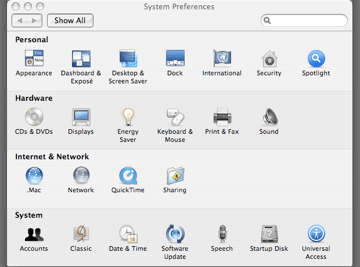 Upon copying OS 9's System folder over to your newer Mac, navigate to OS X's System Preferences. Within System Preferences, the 'Classic' preference pane should appear (as shown in the screenshot above), from which you can tweak options such as whether to automatically start Classic on boot or not. Classic is relatively light on resources and robust, in addition to providing a seamless experience, somewhat comparable to using Windows on your Mac with the aid of VMWare - you can even keep your OS 9 apps right in your dock as you would normally!

Tip: to use OS 9 software, you can simply drag and drop into your usual Applications folder

There are two popular applications for running OS 9 on PPC Macs running Leopard and Intel Macs running any version of OSX, these are called Sheepshaver and Basilisk II - so why aren't I recommending you make use of them?

Well, after five days intensive testing of Sheepshaver and Basilisk II on two Intel Macs running Snow Leopard and Lion, plus some time spent using it on a PPC Mac running Leopard, I felt that it was not up to the task of running OS 9 satisfactorily enough for me to potentially encourage you to spend your time and money trying them out - that's not to say it can't be done and indeed, many people use the applications and love them, but I'm not going to recommend embarking upon something so complex if it doesn't pay off with enough of a user experience.

In addition to this complexity and somewhat disappointing user experience, setting these programs up often means breaking Apple's copyright policies or taking a long route around to avoid doing so.

Having said all that, if you're really determined to give OS 9 a try on an Intel Mac and feel savvy enough to delve right in, I'll briefly list some tips to point you in the right direction:

The official installation guidelines for Sheepshaver are laid out here and you can download the latest version from here.

Sheepshaver has the best support for OS 9 but there is also a popular method of installing old versions of Mac OS using Basilisk II (download here) detailed in a blog not affiliated with the Basilisk II developers - I'm not going to link to this blog as it also contains ancient but copyrighted Apple software, however a quick search for “redundant robot sheepshaver” (without quotes) will get you there.

Frustratingly, Sheepshaver needs a slightly earlier version of OS 9 (9.0.4) than is recommended for Classic and so adds yet another level of complexity to those wishing to test both methods. Though specific system installation discs can apparently be modified to work, it's best to aim for a retail version of OS 9 if at all possible.

OS X Lion does currently work with Sheepshaver but it has issues entering fullscreen and seems overall a little more unstable. There does appear to be an updated version in the works, however.

So now all the hard work is done, what kind of OS 9 Applications should you use? Well, there's really so many that they are worthy of a whole article for themselves and a quick look around the internet should point you in the direction of a thriving scene of OS 9 enthusiasts. That said, here's a few quick picks which caught my attention: 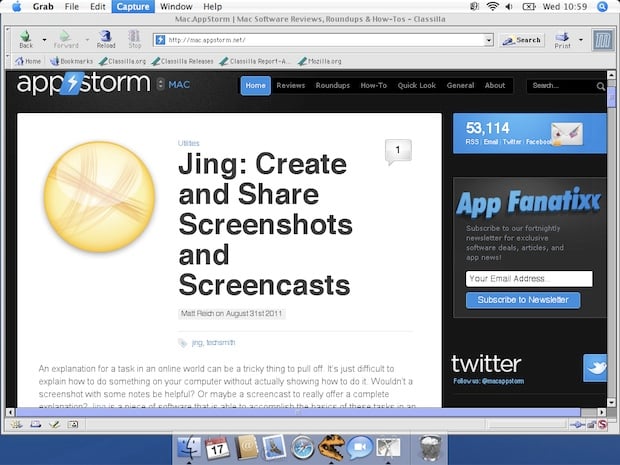 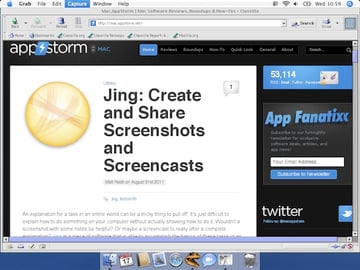 OS 9 can be used with an old version of Microsoft's Internet Explorer but using it is not really much fun. Luckily for us, web browser Classilla is available for free download and is still being developed.

When one considers the age of the operating system it is running within, Classilla loads websites very quickly and renders most with ease. Obviously Classilla is not as standards compliant as huge modern projects like Google Chrome or Safari, but it is no hardship to use by any means - give it a try and I think you'll be pleasantly surprised! Click here to download Classilla. 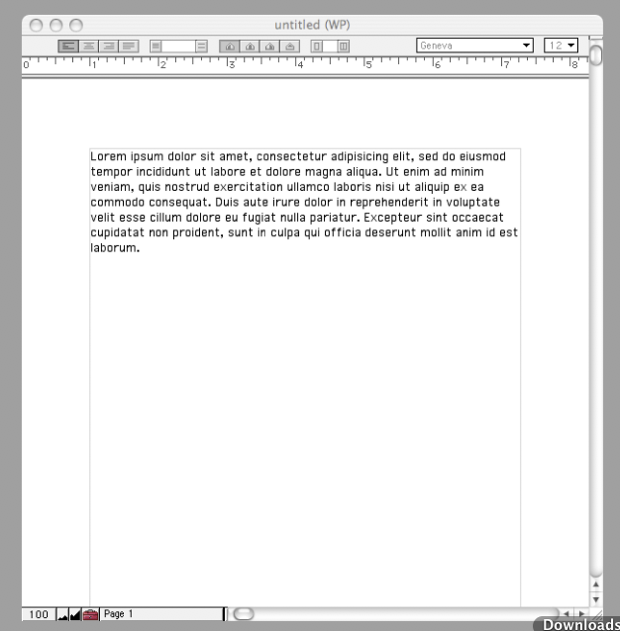 AppleWorks' wordprocessor is more than a little reminiscent of Pages

In use, AppleWorks feels like a precursor to iWork and though it may not be as slick and modern as iWork, it is still an impressively productive suite of tools in its own right, more capable of being used for real work. 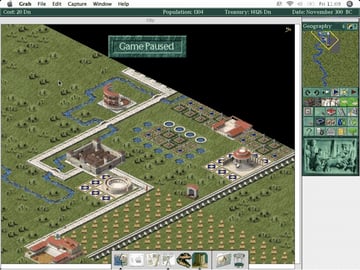 I'm a hopeless ancient history nerd so love games like Rome:Total War and Caesar II is a classic of the genre which deserves to be ranked among the best. With somewhat similar gameplay to Sid Meir's Civilization, Caesar II tasks the user with creating a city and province, then steering them to greatness, dealing with the usual disasters which one would expect.

Unfortunately, it would be impossible to cover every aspect of OS 9 in one article, it's simply too vast! Nevertheless, I do hope that this guide will serve to whet your appetite and highlight the incredible potential buried in this comparatively ancient operating system.

If you've got any recommendations of OS 9 software which I haven't covered here, please let us know about them in the comments.