How to Back Up Your Mac System Disks to USB Drives

When Apple began ringing the death knell for disk-based media by removing the drives from many of its models, it provided a great digital alternative, the App Store, so users would never need a disk again. The problem is that many people still have software on disks: older versions of OS X, iLife, or iWork. So what can be done with them now? Read on to learn how to extend the life of your system disks by moving them to a USB drive.

You won't need any special software to digitize your Mac disks, just the versatile app Disk Utility. For this tutorial, I'll be creating a USB backup of OS X 10.6 Snow Leopard. Let's dig in.

Insert the system disk you wish to backup into your SuperDrive or--if using a newer Mac without a one--an external disk drive. Open Disk Utility and ensure the disk has mounted by finding it in the drive listing on the left side of the app. Go to File > New > Disk Image from…Mac OS X Install DVD (name will correlate to the disk you inserted) and a dialog box will open prompting where you would like to save the disk image.

After choosing a save location, leave the Image Format as Compressed and click Save to begin ripping the system disk to your hard drive. Disk Utility will create a digital clone of your system disk in the Apple disk image format (DMG) that will then be used to make the USB.

This will take up to an hour depending on the size of the disk and the speed of your disk drive. Once complete, you will have a mountable DMG file of your system disk.

For some types of system disks, you may be able to simply drag the disk image file (DMG) you made to your USB drive, let it copy, and then call it day since you will later mount it from the USB within OS X to install the software.

For an OS disk like Snow Leopard, though, we want the USB to be bootable. To achieve this, we'll use a different Disk Utility function. Insert your donor USB drive. It will mount in the left-side listing of drives as your system disk did earlier. If your drive is not already formatted as OS Extended (Journaled), you will need to select the drive on the left, then click the Erase tab in the main pane to do so. This is important because the file structure of the USB needs to be Mac-friendly.

It's important to select the disk image first (on the left-side menu) before selecting the destination. If you choose the destination first, you may get a "Resource is Busy" error.

Once it's formatted correctly, it's time to merge the disk image to the USB. Select the Disk Image you made in the left-side drive listing of Disk Utility, and then click the Restore tab in the main pane. The disk image should be automatically placed in the Source box.

Next, select and drag your newly-formatted USB drive from the left-side listing to the destination input field. The previously unavailable Restore button should then become available; click it, and you will be prompted to input your password. Disk Utility will write the disk image to the USB.

Disk Utility may ask to scan your destination USB before allowing the Restore process to continue. If prompted, let it scan the USB and then click Restore again after it has completed the scan.

Once Disk Utility has written the disk image to the USB, you may eject the drive by dragging it to the Trash. Since this example was a backup of OS X, it should be tested to confirm that the computer can be booted from it.

Insert the drive and power down the computer. Hold the Option key and push the power button to boot the computer. Any bootable drives connected to the Mac should appear with their icons. Select the USB drive you just made. The Snow Leopard recovery may be restricted from booting, though, if your computer came with Lion or Mountain Lion as those computers now have a built-in Internet Recovery feature.

The Snow Leopard disk I used was not write-protected, but some Apple software disks do have copyright protection. MacTuts in no way condones piracy or illegal copying of copyrighted disks. If you are making a personal copy, though, and run into an error or the disk doesn't burn correctly, try selecting File > New > Disk Image from Folder… and select the folder of the system disk. Continue with the same steps outlined above.

It's probably safe to say that days of the disk are numbered. Interestingly enough, USB may eventually meet the same fate as the rush to pack more chips and bytes into smaller electronics continues. Until then, though, this is an easy way to ensure you have those system disks backed up to USB for the near future. 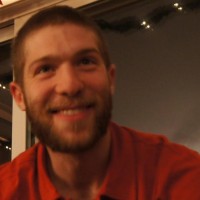