How to Build a Laser Tripwire With Arduino

This tutorial shows you how to construct a laser tripwire that plays an alarm when the laser is interrupted. It uses a photoresistor to sense the presence of a laser beam and use a standard piezo element to play sound straight from an Arduino without an amplifier.

Gather the Components and Tools

Prepare the Laser and Piezo Element

Both the laser and the piezo element come with small wire leads that are not at all breadboard friendly. Because you are building the project on a breadboard you'll need to prepare them.

To make the wires breadboard friendly, solder them to a short hookup wire that will allow you to attach them to the breadboard.

Repeat the steps for all four leads.

Lasers are not toys. Ensure that you know how to handle a laser safely by reading the information on laser safety. This will give you precautions on different classes of lasers.

The laser used in this project is a Class IIIa laser. It can cause damage to an eye given enough time. You have to be pretty negligent to let this one hurt you, but as with any technology, know how to deal with it safely.

Follow the diagram below to assemble the breadboard.  Here are a few things to note about the circuit.

Push the code to the Arduino with the following steps. Ensure the switch on the breadboard is set to off so the device does not start bombarding you with alerts as soon as the code is uploaded.

Test the Tripwire and Finish Assembly

Keeping the laser aimed at the photo-resistor, flip the switch to arm the device and use a finger to break the laser beam (this sounds more exciting than it is). You should be rewarded with the alarm melody. The melody for this project should be recognizable to most of mankind as an ominous alert that something nefarious is occurring.

The melody is played on the piezo element by using the tone function of the Arduino. The tone function generates a square sound wave at a given frequency on the specified pin for the indicated duration. Using this method, it is simple to setup an array of pitches and durations to play as the alarm. The pitches.h file helps make this even simpler by setting up defines for frequencies that correspond to notes on a musical staff.

Once you’re happy that the circuit is operating properly power off the device by unplugging the power cable. Assemble the laser in the mounting bracket and tighten the screws. This particular bracket will hold the laser level when freestanding on most horizontal surfaces.

Bend the leads of the photo-resistor so that the top of it points over the side of the breadboard, horizontal with the ground. This will allow you to setup the laser and mirror to reflect the light onto the top of the photoresistor horizontally across a doorway.

Now that the device is assembled and tested install the tripwire across the doorway to your top secret laboratory (please pronounce this lah-BOR-uh-tory for the purposes of this tutorial).

Using the mirror to reflect the laser allows you to keep all the wires and power connectors on one side of the door. It is possible to put the laser and sensor on either side of the door, but this requires powering both. This solution solves for that issue and keeps the project simpler.

You have now assembled and armed your laser tripwire. In the process you have learned how to use a photo-resistor to sense the presence and absence of a laser beam. You have also learned about a really simple and easy way to play sounds from your Arduino using a piezo element.

There are many great ways to build on this project and make it even more cool while learning about electronics. Try changing the melody that plays when triggered or building a case for the device that allows you to mount it to the wall.

I'm going to try adding remote control to this project by using a remote toggle switch and key fob. After all, you don't want to be caught in your own trap. 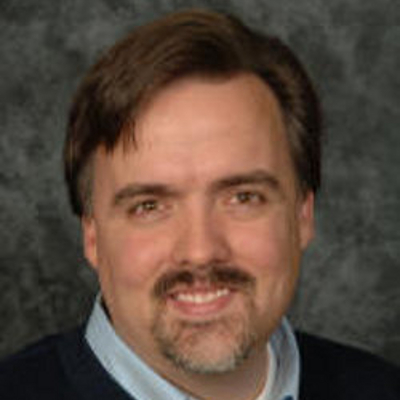 Ben Miller
Ben is a co-founder of Bluelock.com and gets to invent cool new cloud computing services during his day job. For entertainment he explores hobby electronics and all things blinky and technical. He blogs about his adventures at locgt.blogspot.com. With a background in education and technology he enjoys any chance to share what he has learned.
Weekly email summary