How To Choose Your First Mac

by James CullJul 31, 2012
Read Time:11 minsLanguages:
Apple
This post is part of a series called Mac for Beginners.
Getting Started With Twitter for Mac
The 5 Things You Must Know When Converting From Windows to Mac

Buying a Mac is a fairly easy experience given the relatively limited range of models (especially when compared to buying a PC), but there are still quite a lot of options out there (with regards to customization possibilities and which model to choose). So for those of you planning to purchase your first Mac computer, here is my advice on how to go about it.

There's no point beating around the bush here: Macs are expensive. Even when compared to a PC with similar specs, you are often paying nearly double for the privilege of owning one, but there are a couple of options to make your purchase more bearable for your bank account.

I would personally recommend buying a new Mac (if you can afford it of course) as with such an expensive piece of kit, you want that peace of mind that if something does go wrong, you've always got a guarantee and after-sales support to fall back on. Buying new also means you can customize your new Mac to exactly how you want it (more on this in a bit), especially if you buy it from the official Apple Store.

Tip: If you're a college student or anyone in full or part-time education, you can often qualify for Apple's Education discount, which gives you roughly a 20% discount on the price of new Mac. You can also get discounted AppleCare protection in some countries as well.

If you want to save your pennies a bit, then refurbished models are often a good choice. These are older, used computers that have been refurbished up to Apple's standards, and often come with a 1-year guarantee on them. You can find a range of models currently on offer on the Apple Store and if you're lucky, you can snag a great bargain. 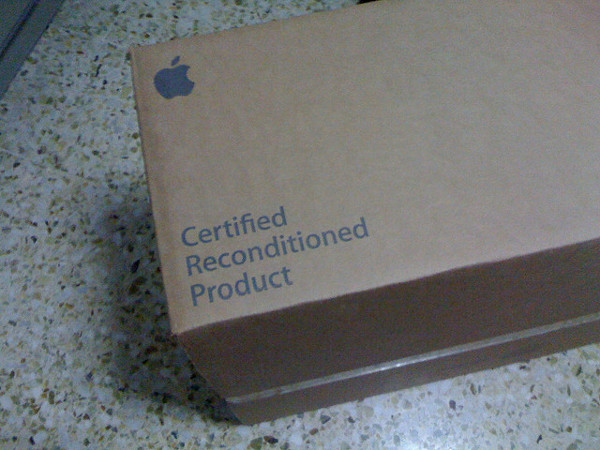 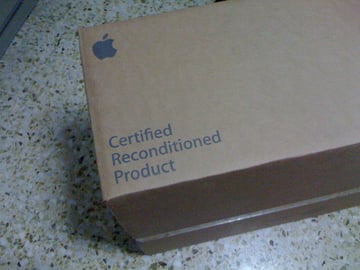 Refurbished Macs can help you save a bit of money and come with a one-year Apple warranty.

Personally I wouldn't recommend buying a used Mac, especially from places such as eBay and Craigslist. You don't know how it has been treated and whether or not the specifications stated are entirely true. For the sake of saving a few hundred dollars, it's best (in my opinion anyway) to shell out a bit of extra cash and get a refurbished model.

Regarding places to buy your Mac from - often there isn't much fluctuation in prices between retailers as the prices are more standardized than other computer manufacturers. If you want to customize your Mac to your liking, then I would recommend the official Apple Store, but if you just want a bog-standard model (and are happy with the specifications already) then head down to your local gadget supermarket.

This is the question that begs many potential Mac owners - which model should I get? As I mentioned before, there is far less choice with Macs (only Apple manufactures them, as supposed to PCs where there are thousands of manufacturers). However, having said that, there are still several things to bear in mind when choosing a model.

The most important piece of advice is to limit yourself! A top-of-the-range MacBook Pro with all the extra trimmings can set you back an eye-watering $3,800, and that's without extras such as external disk drives and a mouse. Remember to choose the model that is within your budget - don't go overboard all at once with loads of fancy extras as you'll probably find that they are wasted on you.

Tip: I'm not going to cover the Mac Pro in this article as it is a specialist model not suited to most beginner Mac users.

Let's have a look at Apple's current selection and how they all compare to one another:

Once you've chosen your ideal Mac model you can customize it to exactly your requirements. If you buy it from the official Apple Store then you can beef it up with a more powerful processor, a bigger RAM offering, more storage space and so on. The changes are made directly in the factory too.

Don't be surprised if Macs have "slower" processors than what you're used to on a PC. As they are UNIX systems, they run differently to Windows computers and therefore do not require as much processing power.

The Mac range of laptops has recently been kitted out with Intel's new Ivy Bridge quad-core processors and feature something called "Turbo Boost", which selectively ups the processing power of your new Mac when required. 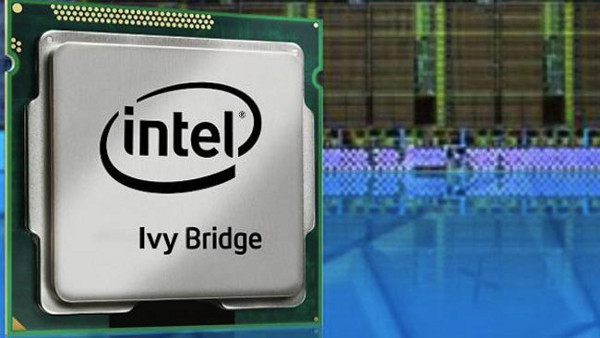 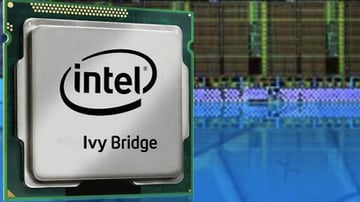 The entire MacBook range of laptops is equipped with Intel's new range of quad-core Ivy Bridge processors, with the iMac hopefully following suite later this year

For a standard Mac that is going to be used as your main computer, I would recommend a processor speed of around 2 GHz. Obviously, if you are planning to use your Mac for more high-end projects (video editing, graphic design and so on), then you may benefit from a slightly faster processor. But remember: upgrading the processor in your Mac can be horribly expensive and you are often better off spending your dough on a RAM upgrade instead.

RAM, for those of you who don't know, is sort of like the pages in a notebook. The more RAM you've got, the more data your Mac can theoretically write to it and the more processes it can simultaneously run. I would strongly recommend upgrading the RAM on your Mac if it hasn't got a decent offering already. Shoot for at least 8 GB, as you will notice the difference immensely. Even my 2-year old MacBook with 4 GB is struggling slightly now when it comes to running several applications at once, and sometimes freezes or throws a hissy fit when I try to open a few programs simultaneously. 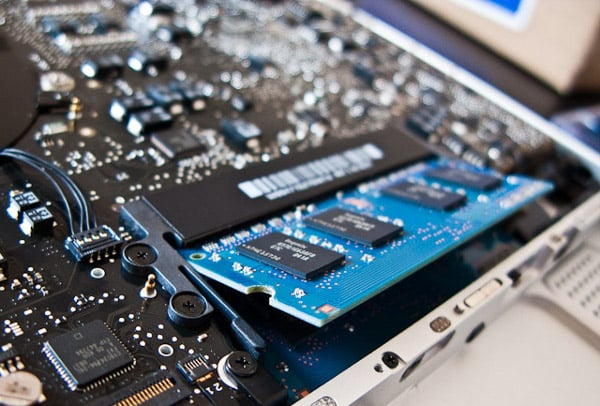 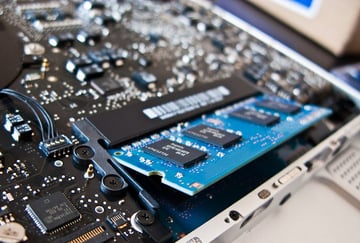 Upgrading the RAM in your MacBook Pro is relatively painless.

If you want a MacBook Pro and don't fancy spending any money on letting Apple do your RAM upgrade then you can often do it yourself (and Apple even provide instructions on how to do it!). Make sure you check how much RAM your Mac theoretically supports (some models unofficially support higher RAM offerings) and that you buy the correct memory for your model (the type is listed on Apple's support website).

Tip: Some MacBooks feature RAM that has been soldered into place and is therefore not upgradeable after your initial purchase. Check this guide for more info.

Storage is very important to consider as you'll soon find that once you start installing your favorite programs and downloading songs and videos off iTunes, your hard disk space will diminish rapidly! There are a couple of options available when it comes to storage on your new Mac:

I personally would recommend getting around 500 GB of storage space in conventional format or, if it's the MacBook Pro with Retina you're after, 256 GB in flash storage.

Although they don't look as cool, external hard disk drives are extremely cheap these days and now the entire MacBook range comes with USB 3, meaning faster read and write speeds.

If you're considering an iMac or already own a display, then you can skip this section!

External displays are great if you want to work on two or more screens and can save you a lot of time flicking back and forth between windows. You can either buy a standard monitor and hook it up to your Mac via the DisplayPort (Apple sells official adapters for DVI and VGA input and there are unofficial HDMI ones as well) or buy Apple's own Thunderbolt Display (27-inch, RRP: $999) which includes speakers, ports and an iSight camera as well. 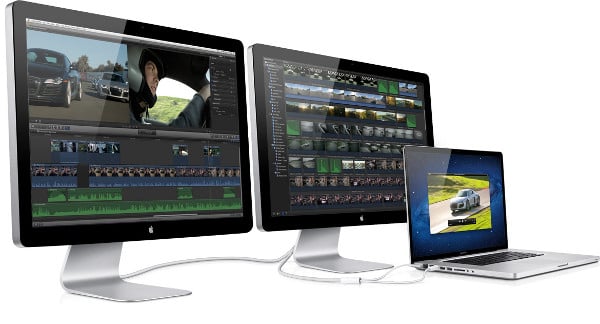 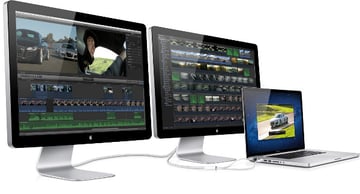 An Apple Thunderbolt Display does look the works but unfortunately will set you back a grand.

Personally, I would not buy an external monitor at first (as it simply just adds to the initial cost). See how you get on with the one display at first - you can always add to your "collection" later on!

If you absolutely need a monitor (and don't want to get an Apple one), there are plenty of great third party options that are quite reliable (I recommend checking out Samsung displays).

We're at the final step here - accessories! The Apple Store has a load of great accessories, but unfortunately they tend to be a little on the expensive side and you can often get the same thing cheaper elsewhere.

If you're getting a laptop then I would recommend a good case or sleeve and a decent bag to transport it round in (I personally use a Neoprene sleeve to protect my MacBook from knocks). A mouse is also a great accessory (and probably the only one you're going to need) as you'll soon get sick of scooting around the trackpad constantly. There are obviously loads of specialist accessories that you can also get so just use your judgement when it comes around to buying them. If I were you however, I'd spend a fair bit on a good bag or case and a mouse. 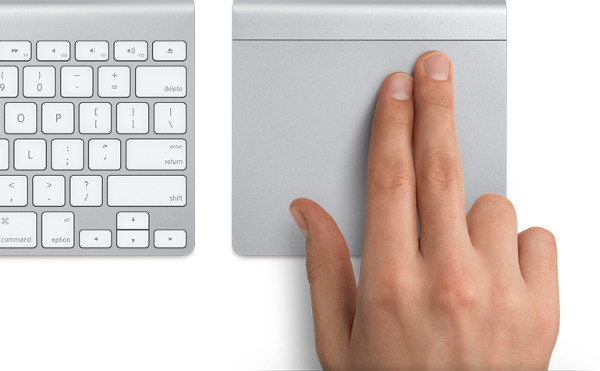 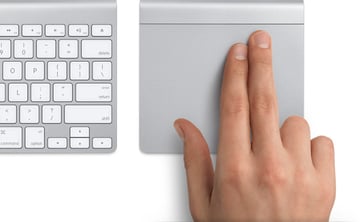 Apple's Magic Trackpad, a great accessory to take advantage of the multitouch features in Lion.

The final thing we're going to cover in this piece is after-sales support and whether or not it is worth it. I personally wouldn't recommend One to One (why buy it when you've got MacTuts+ here for free?) as you are paying a lot of the money for the privilege of someone setting up your Mac for you, which isn't difficult at all.

AppleCare extends your default warranty by 2 years, giving you 3 years of coverage should anything go wrong (unfortunately this only covers manufacturing defects and faults - it doesn't insure your Mac against, say, dropping it or spilling coffee over it).

So, there we have it people - the definitive guide to buying your first Mac. You'll soon realize after you've purchased it that you've made a great investment and that your computer experience will become a whole lot simpler. I hope that this guide helps you decipher the possibilities out there on the market!

Once you've purchased your new Mac, make sure you regularly check out MacTuts+, as we are going to be featuring plenty of beginner's guides to using Macs and will walk you through how to get accustomed with Mountain Lion, the new version of OS X. In the meantime, feel free to share any tips or thoughts that may help potential buyers in the Comments section below!