How to Cook Your Mac

Between May 2007 and September 2008 it was found that in Macbook Pro Laptops, NVIDIA's GeForce 8600m GT graphics processor had a higher than normal failure rate, resulting in premature laptop display issues such as distorted or scrambled video on the computer display. If you're one of the many who has witnessed display issues with your Macbook Pro then watch this tutorial as Mactuts+ and Audiotuts+ author Jonah Guelzo shows you how to save yourself a costly repair by learning how to reflow your graphics processor all on your own utilizing a few simple tools and a household oven.

It goes without saying, but we are in no way responsible for what happens if you stick your Mac in the oven. This is meant as a last ditch effort to potentially fix a Mac that would otherwise be nearly worthless. Proceed with caution, know that you're crazy for trying, and leave us a comment if you're lucky enough achieve success!

If the words "Macbook Pro" and "Oven" make you a little nauseated, be rest assured that Jonah, having purchased a defective Macbook Pro himself, undergoes this treatment on his own costly laptop, reviving it to full functionality. His Macbook Pro has been going steady now with no issues for over a month as of the posting of this tutorial.

Leave a comment below if this method worked for you as it has for countless others and spread the word of hope. 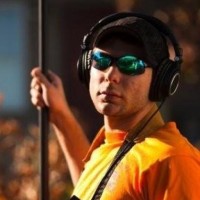