I grew up playing video game classics like Chuckie Egg and Elite but as technology evolved, so did gaming and these family favourites were eventually replaced with titles boasting photorealistic graphics and high fidelity soundtracks, never to be played again. Until now, that is.

In this tutorial, I'll show you what an emulator is, how to install one and I'll consider popular emulators that mimic home computers such as the BBC Microcomputer System, Commodore 64 and Sinclair ZX Spectrum.

An emulator is essentially an application that mimics the function of another computer system on a Mac. With an emulator, you can run many types of software, almost regardless of age or the platform for which it was originally developed.

Whatever your opinion, there is no denying that video game emulation is hefty dose of nostalgic fun and it seems a shame to leave what was once considered great technology sitting on the shelf, untouched.

Emulation vs. the Real Thing

While nothing can replace the real thing, emulation is without a doubt the closest experience you will encounter without actually playing the console itself. In fact, emulation also boasts a number of additional benefits that the original console perhaps did not include.

For the purpose of this tutorial, I have chosen to install a BBC Micro emulator called Horizon. Horizon is slightly trickier to install than your average emulator, purely because the application requires a copy of the original BBC Micro Model B ROMs to run.

Create a new folder within the Applications folder entitled BBC Micro. Copy the Horizon application, along with folders ROMs and Software, from the original Horizon download folder into the newly created BBC Micro folder.

Change the filename of BASIC200 to BASIC and OS120 to OSROM.

Click the Horizon application located in the BBC Micro folder to launch.

There are many more emulators available to download in addition to Horizon, each one typically including features that the original console lacked.

Fuse for Mac is a ZX Spectrum emulator that is periodically updated by the developer to deliver an authentic retro gaming experience. Like Frodo, Fuse has the ability to save your progress and can also record video game footage, too. Please note, however, that Fuse requires Mac OS X 10.8 or above to run.

Horizon, Frodo and Fuse are just three of many out there and I'd wager that there is an emulator for almost every video game console or home computer ever created—it's just a matter of finding them!

Once you have installed your chosen emulator, you are ready to delve into the world of ROMs. A ROM is a file containing data from a read-only memory chip which, in this case, is video game data.

I use DopeROMs for my ROM fix, but there are many other websites dedicated to retro gaming, too, such as The Old Computer, CoolROM and Emuparadise.

To install a ROM, visit a website of your choice from the list above and enter the title of the video game you would like to download and play. Alternatively, click the name of a console to browse a list of ROMs available for download. I have chosen Elite, a game originally developed for the BBC Micro, although later published on a variety of platforms, including the Commodore 64, Nintendo Entertainment System and ZX Spectrum.

With Frodo and Fuse, you simply have to double-click the ROM file to launch and the game will automatically load in the emulator you have chosen. With Horizon, however, you must first drag and drop the ROM into the Software folder located inside BBC Micro, and then enter CHAIN"[ROM filename]" within the application, exactly as you would on an actual BBC Micro.

In this tutorial I have explained what an emulator is, shown you how to install one and introduced you to popular emulators such as Horizon, Frodo and Fuse. If you found this tutorial helpful or if you have a question, feel free to ask it below. Happy gaming! 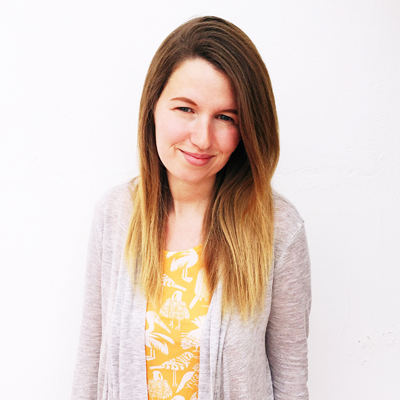