How to Solve App Related Problems in iOS 11: Part 2

An iOS device is an impressive piece of industrial design, both defined and constrained by its apps. App problems run the gamut from not being able to find an app or its data to an app behaving strangely or crashing repeatedly.

Note: For this tutorial, I’ve used 9.7 inch iPad (2017) with iOS 11.2.1. If you’re using older version of iOS, then some options might be available elsewhere or not available.

An iOS device has a limited capacity, or storage ability. Any iOS device will reach its storage capacity if you like to download apps, music, video or other data.

Go to General > iPhone Storage (or iPad Storage) to see what space is taken by apps, photos, media, and more. It is represented by a colourful chart. Each colour represents different data type. For example—red represents apps and yellow represents photos.

Below this chart, iOS suggests actions to reclaim storage space.

For example—if you don’t use iCloud Photo Library, iOS suggests you to enable it with an estimate of that amount of storage space you’ll save on the device. You’ll also see the list of installed apps, the amount of space being used by each, and the time you last used the app.

Offloading an app, as opposed to deleting it, removes the app from the device but retains its documents and data.

Reinstalling the app reinstates the associated data, so you won’t lose a thing.

Of course, if you no longer use a particular app then you can delete it.

Apple Music and the TV app both consume significant storage space. To remove the built-in data such as music and movies, tap Edit > Delete.

Every so often an app will request access to system apps such as Contacts, Calendars, Photos, Microphone and more. If you’ve installed a lot of apps, you might have lost track to these third-party apps requesting access to the system apps.

Open the Settings app and tap Privacy. Tap the app for which you want to control access.

For example—if you backup Photos to Google Photos then you have to grant this app access to the Photos app. Disabling this will break backups. Disabling the location of cab service app will not let you to book or see cabs.

Every software collects telemetry data for analysis, crash, and unexpected events happening to your device.

Apple also uses analytics to improve the software. There are three options under Analytics:

If you allow, Apple will share crash data and telemetry stats to the app developers as well.

This helps developers to fix bugs in their apps. If you wish, you can either turn off all the analytics or any option that you do not want.

In iOS 11, apps seeking to access your location will have to offer While Using the App option.

Previously, location based apps could bypass this option to present you with either Always or Never.

iOS 11 forces While Using the App option to appear. Go to Location Services and see apps that use Always.

Use the Handoff to start a task on the iOS device and continue them on a nearby Mac and vice-versa. Sometimes Handoff doesn’t work and you can’t use it on nearby devices.

First, ensure the devices meet Handoff guidelines. Turn on Bluetooth for each device and ensure they're within a 10 metre (33 feet) range.

On the Mac open System Preferences.

Click General and check Allow Handoff between this Mac and your iCloud devices. On the iOS device, open the Settings app. Tap General > Handoff and toggle the switch to on.

Double check all the settings, and check to see if all the devices are using same Apple ID and are on same network.

If this feature still doesn’t work, try restarting all the devices.

The App Store is the only way to download apps onto an iOS device. At times the App Store may misbehave, load slowly or worst stop working. There are various ways to approach this problem and one of them could be the solution.

An unstable internet connection may result in a slow speed to download and update apps, and cannot be used to search on the App Store. Swipe up to bring Control Center and tap Wi-Fi to disconnect, tap again to reconnect.

Check whether all the modem lights are on and see if the wires are intact.

Most ISP’s provide their own DNS servers, but they’re not always the fastest. Open the Settings app, tap Wi-Fi and then tap the i icon near the Wi-Fi name.

Both Google and OpenDNS maintain their own free, public DNS servers that are faster and more reliable.

Sometimes an app won’t download or update. You have to investigate the remaining storage space on the device.

Go to Settings > General. Tap iPhone or iPad Storage to see the available space. If it’s low, then you’ve to either uninstall apps or delete media from the device.

If the space is adequate, then you might want to logout from the App Store to start a new session. Open the Settings app and tap on Profile name. Tap on iTunes & App Store and then tap on Apple ID. Tap on Sign out and sign in again.

There could be a problem in the App Store itself. App Store problems run the gamut from not being able to display icons, or else display outdated icons. To solve this problem try clearing the cache.

Tap the tab buttons situated at the bottom ten times. You have to press all the buttons one by one. The order should be Today, Games, Apps, Updates. Search and go back in reverse order. The App Store will refresh. If needed force quit the app and open it again.

If you’re still facing problems, then the last resort would be to reset all the settings.

Open the Settings app. Tap General > Reset and tap Reset All Settings again. You might have to reconfigure all the settings but App Store will work again.

An app may crash at random—quit itself instantaneously and return back to the Home screen, crash randomly in the middle of using the app, and may crash due to a particular trigger.

There are various ways to approach this problem.

When the app crashes, check if there’s an iOS update. Updates include new features with improvements and bug fixes. This ensures that app functions properly without crash.

If you do wish to update the iOS device, and still experience a crash, then you might want to update that particular app.

Open the App Store app and tap Updates tab to check for updates. Check to see if the developer has dropped the support for older iOS version. If yes, then you’ve to either look for alternative app or update iOS.

Force quit the app and open it again. If quitting doesn’t help, reboot the device. Rebooting the device solve common app problems. The best approach would be to force restart the device.

If nothing works, delete the app and reinstall. It is possible that the app’s cache could have become corrupted. Tap and hold the problematic app. Tap on the X icon to delete the app.

iOS supports multitasking and unlike Mac and PC, they don’t suffer from the same too-many-apps troubles that plague desktop machines. According to the Apple Developer documentation, iOS supports four modes

When you press the Home button, the app moves from Active to Background state. Depending upon the needs, an app can go from Background to Suspended in a matter of seconds.

Apps running in the background are effectively frozen, severely limiting what they can do in the background and freeing up the RAM they were using. Unfreezing that app takes much less CPU and energy than relaunching an app that has been subject to a force quit.

You should force quit an app only when an app doesn’t respond. The Apple Support document support this statement too. The iOS multitasking bar does not contain a list of running apps. It just shows the list of recently used apps.

iOS is a complicated operating system. Every problem poses a unique set of challenges. Some problems are simple to solve while some require multiple steps.

From iOS 7 to iOS 11, the operating system has a lot of new features, API’s and improvements. As such app related problems will arise and may come in variety of situations. In this tutorial, I’ve put an emphasis on the common app problems and how you should approach them methodologically. 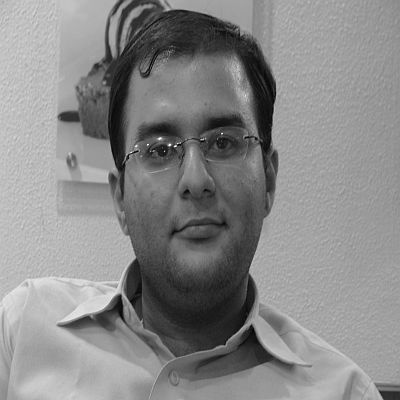