How To Use Android With Your Mac

As Mac users, we're often expected to fit within the lines of the Apple "ecosystem" - a Mac, iPhone, and maybe even an iPad. But the fact of the matter is that for many people, using something other than an iOS device just makes sense.

With that in mind, I'm going to try to break down those preconceived notions and help you get the most out of your Android device by using it in conjunction with your Mac. Read on and I can almost guarantee you'll be surprised by what "Droid Does", with the help of your Mac.

Gone are the days where carrying anything but an iPhone meant you needed an iPod of some sort. In fact, many Android phones such as HTC's "Beats" branded line offer an arguably better media experience than the iPhone. If you're on the cutting edge of web technology, and you already use a service like Rdio or Spotify for your music, setup for an Android device with your Mac is about as easy as it gets - just install the respective app on both devices and let the Internet's syncing abilities work their magic. If you're like most people, though, your media library is filled with good ol' MP3s and any number of video formats. In that case you'll probably want to look into one of two solutions.

The first is to install a great (and free) app called DoubleTwist on both your Mac and Android device (link). DoubleTwist is best summed up as iTunes for people without iPods. You'll get access to Google Play (née Android Market), a huge podcast library, and Amazon's full MP3 Store. This solution works really well if you don't want to change the way you've managed your media. It's a traditional style "Jukebox" app, which is beginning to feel antiquated. Moreover, you're still on your own for buying anything outside of Music and Podcasts. 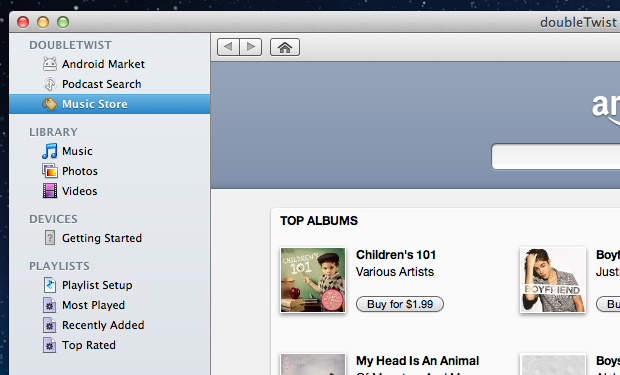 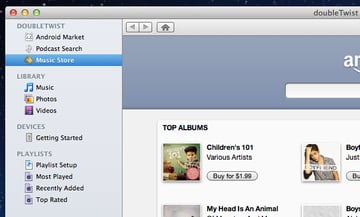 DoubleTwist is more than just a media player

The second solution is what I'd recommend for most people; and that's to jump into the Google "ecosystem". Google's Play store offers music downloads on the cheap (with a free digital locker service), movie purchases and rentals, apps, and even eBooks. Google's Music player works great with the Mac - it doesn't have it's own app, but the web based solution should be more than enough for most people.

Additionally, if you already have a Music library you'd like to store with Google, you can install the free Music Manager tool (link) to upload it seamlessly to the Google Cloud.

Tip: If you miss the feel of a native app, consider a solution like Fluid to make your own in seconds.

For Movies, Google offers a similarly simple solution: rentals and purchases can be made from either your computer or Android device and they play back on both perfectly. Of course, you'll probably just use Netflix (link) anyway.

As far as TV shows, you are basically out of luck. Apple has a stranglehold on the cheap-day-after downloads market. You could try Hulu Plus, but be warned, the selection is almost as limited as the price is high (zing). If you already have video files on your Mac that you'd like to put on your Android device, just use the free Miro Video Converter to make the formats play nicely. It has Android presets built in, so conversion really is as easy as one click.

As for eBooks, although Google's solution works just fine, Kindle is still king. Your Kindle books are readable almost everywhere, on almost every device. In addition the Kindle catalog puts Google's to shame, and as if you weren't already convinced, Amazon offers a free Kindle app for the Mac. The choice really couldn't be more black-and-white. 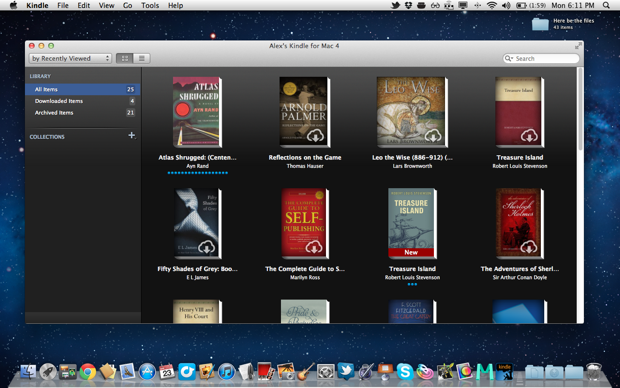 Kindle for the Mac is an indispensable tool

If you're looking to purchase apps, your two best choices are the Amazon Store and Google Play. You can manage your purchases using web interfaces on both, and the difference really comes down to price, selection, and of course, your personal preference. Either way, it's not like you're going to be running Android apps on your Mac.

Finally, since Android Phones store all their photos in an industry standard "DCIM" folder, your Mac should detect it as a digital camera as soon as you plug it in. From there you'll be able to manage your pictures in any program you'd like, although iPhoto is always a great place to start. If you cringe at the thought of ever having to plug your phone into your Mac, consider using Dropbox's "Automatic Upload" feature to wireless beam photos to your Dropbox folder on the desktop.

Now that we've covered all that media nonsense, let's get down to business with your email, calendar, and contacts. While there are just about a million ways to do this, I'm going to show you how to hack Apple's iCloud into working with Android and get Google's apps working nicely on your Mac. Be warned, though, iCloud calendar is not available through Android, and everything else requires some trickery. 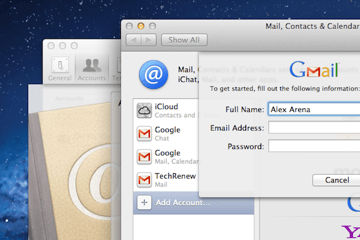 First off, if you'd like to use your iCloud email, contacts and, calendar on your Android device, you're in luck. On the Mac end of the equation, just set up your iCloud account in System Preferences and be on your way. On the Android end, the solution and setup isn't as seamless as it would be to use Google's just own services, but hey - there are some things worth working for.

To use your iCloud mail, go into Mail account setup on your Android device and enter your credentials laid out in this guide. For contacts, use a free CardDAV app like this, and use "http://contacts.icloud.com" as your server. From there, just enter in your username as usual and don't forget to check "SSL". As I mentioned before, there still isn't a way to use iCloud's calendar with your Android device.

For most people, though, Google's services should be more than enough. They're much more friendly across platforms and work great with your Mac. Setup is surprisingly simple , just go into System Preferences and add your Google account. You'll have options to sync your email and notes, calendar, and even your Google Chat. For contacts, just follow this Apple guide.

I've covered quite a bit in this article, but this is really just the tip of the Android and Mac iceberg. If you want to push compatibility between the two even further, check out some of these apps and tools below. I won't go to in-depth on them here, but we've covered most on either Android or Mac.AppStorm.

I hope this article has been filled with almost as many useful tidbits of information as it has been with bad puns. In all seriousness, though, it's always important to take a step back and see what amazing things you can do while not fitting directly into the image of an ideal Apple user.

If you own an Android device or are in the market for one, I hope this article opened your eyes up to the things you can do with just an Android device and your Mac. If there's something (on the Mac or Android side) that I missed, that you use to keep the two working nicely together, feel free to leave it in the comments below. I always love to find some cool little things I didn't know about!

Alex Arena
I'm a Computer Science student at Arizona State University, and, of course, an instructor for the Tuts+ network. I've also been known to dabble in my fair share of podcasting, politics, and development.
alexarena
Looking for something to help kick start your next project?
Envato Market has a range of items for sale to help get you started.