Play DOS Games on Your Mac with Boxer

Have you ever felt like playing some old video games on a quiet afternoon with nothing else to do? I’m not talking about Donkey Kong or even Pac-Man. No no, DOS is classic. Retro games like ZORK, King’s Quest V, and Captain Comic belong on this platform. It’s one of the more extraordinary gaming experiences and can be strange if you’re not used to pixelation. Today I’m going to give you a full walkthrough on how to play any DOS title you can get your hands on using your Mac and a fancy app called Boxer. 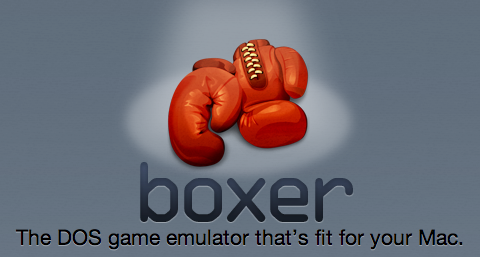 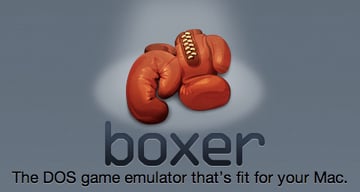 The first thing you need to do in order to play DOS games on your Mac effortlessly is download the latest version of Alun Bestor’s free app, Boxer. It’s powered by DOSBox, the most powerful and popular DOS emulator available on the Mac. (Boxer isn’t actually an emulator, but rather a tool that makes accessing the games far easier than anything command-line.) Once you’ve downloaded and unzipped the file, just drag Boxer.app to your Applications folder and double-click it to begin.

Where to Get Games 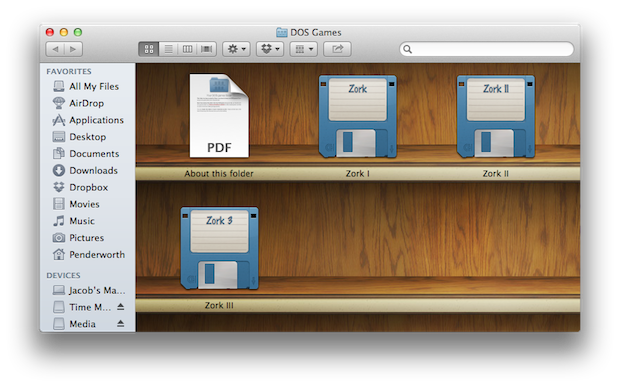 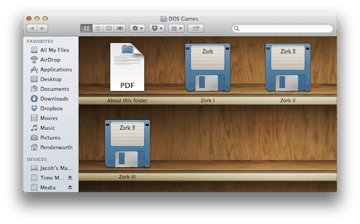 I'm a man of refined taste.

Before proceeding, you’ll probably want to download a few DOS games from various sources across the Internet. In order to find some good games before downloading them, I suggest using MobyGames as your main resource. Search and browse that website until you find something of interest, then head over to the DOS Games Archive, Liberated Games, or Google to find what you need. Games are available as freeware, others shareware, and even some as paid commercial games — GOG, Steam, and eBay come in handy for these.

The one and only DOS game that I ever wanted to play on my Mac was Zork.

The one and only DOS game that I ever wanted to play on my Mac was Zork, so I headed over to Infocom’s corresponding page to download it. Now, when it comes to these kind of games, you don’t want to download the Mac version because that’s meant for classic Mac OS (9.x and earlier) and you won’t get anywhere with it in Lion or Mountain Lion.

Instead, click the “Zork I” link to grab the Windows version of this game in a ZIP file. I’ll show you how to install it in Boxer in a few moments, but first let’s discuss a few games you should definitely get.

Since you might be young and don’t even know what a DOS system is, I’m going to give you a few recommendations on what games to download. But first, go skim the Wikipedia listing for DOS. 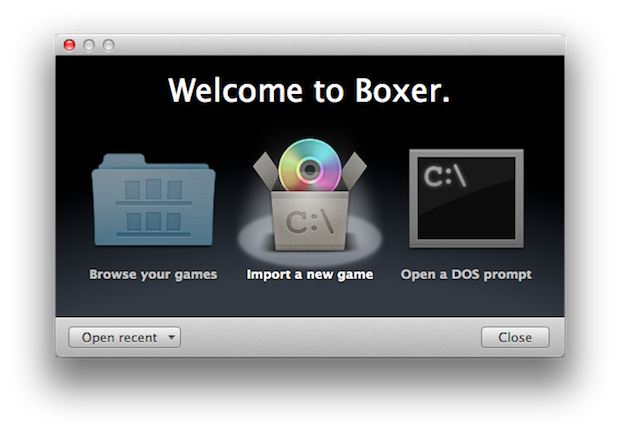 This app has quite the user interface for a simple emulator GUI, eh?

There’s really not a whole lot to know about installing games in Boxer. It comes with Commander Keen 4 preinstalled, along with demos of Epic Pinball, Ultima Underworld, and X-COM: UFO Defense. But you probably didn’t download this app just to play the preloaded stuff. For those of you who would rather play whatever you want using Boxer, I suggest you follow the very short, yet detailed step-by-step guide that I’ve composed below. 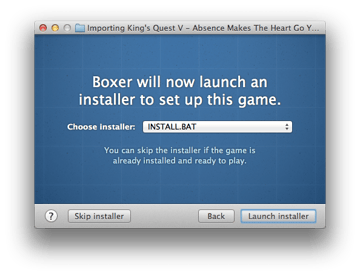 Good old .BAT files come to haunt you during your install process. 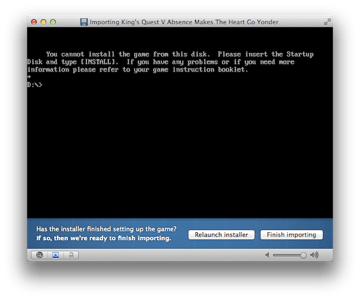 Tip: Sometimes installing the game won’t work and you’ll get the screen above. In that case, try a different source if you can.

If you have any old diskettes, well, you’ll need to get a USB floppy drive or pull out that old elderly Monorail or IBM to pull off the files — I recommend the former though. There’s always the CD method if you happen to have one of those shiny things laying around, but it’s more likely you’ll find the game you want online or on a 3.5-inch floppy disk. Once you do get those files off, just drag them to Boxer’s import window like you would a game from any other source. 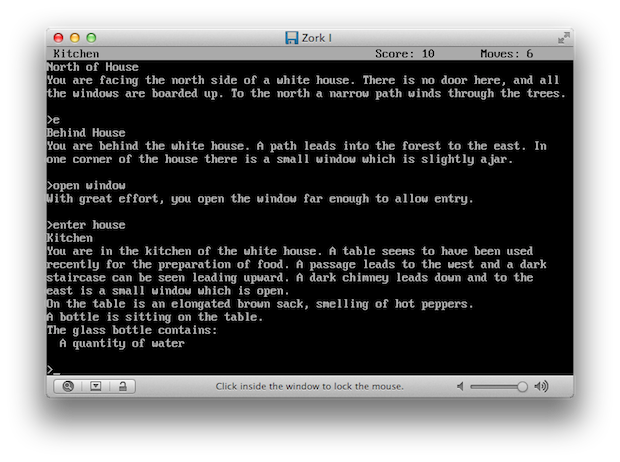 This is one of my favorites; can you find your way through the puzzling world of Zork?

Sometimes things can be more complicated than the simple drag-and-drop this app provides. Once the full installation is finished and you run the game, Boxer might open a DOS prompt window at C:> asking which file you’re going to use to play the game with.

For Zork, the game name with a .BAT extension always worked fine for me. I’m not sure what .COM extensions do, but I think they have to do with the games functionality more than launching the game. If you chose the wrong file, just close things, go back to the game selection screen, and double click the title to reopen it.

Tip: If you clicked “Launch every time” on the wrong file, click the magnifying glass in the bottom left corner of Boxer, go to the Game tab and select whichever file you meant to use. Sometimes it’s not even on the list, in which case you can select “Other…”

To launch games, you can either click the “Browse your games” button on the main Boxer screen or go to a DOS prompt window to do it manually. Boxer themes the games folder in Finder to resemble a wooden bookshelf, which might confuse you, but the files are still there and games can be launched with a double-click.

You can save command-line games (Zork, for example) by typing the “save” command into the DOS prompt. If you want to save it to a different virtual disk, you can add a new one in the Inspector’s Drives tab. Click the + button, navigate to where you’d like the disk to be stored, select what you’d like to label it (A-W), select what type of disk you’d like to make it (hard disk, CD-ROM, or floppy), and check read-only if you wish.

Tips and Tricks for Fine Tuning 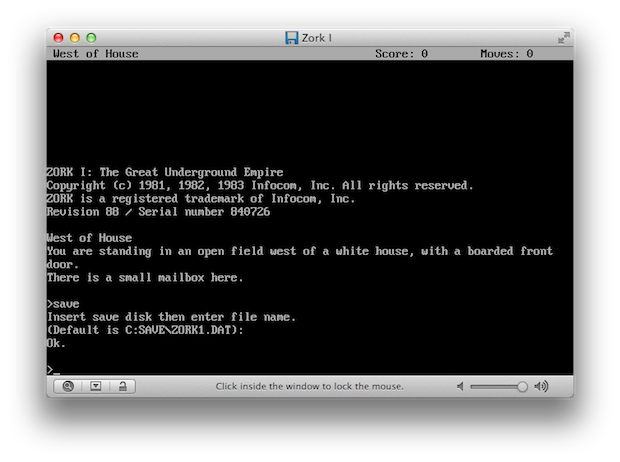 You wouldn't want to lose your progress, now would you?

You might want more than the basic experience in one of your games and Boxer offers many options to do that. I’ve made a list of the various modifications you can make to the settings in this app for your reference. 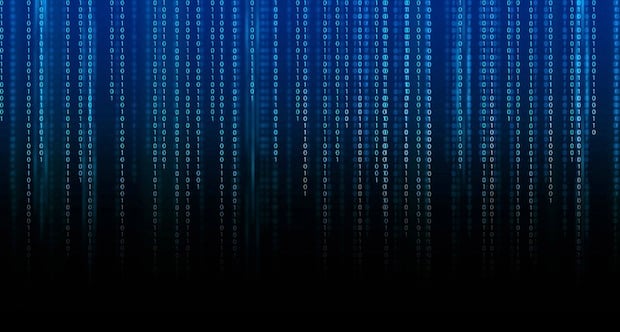 Since Boxer is an open-source app, it’s only fitting that its source code be available publicly online. The developer has been kind enough to post the latest build of the Mac emulator’s full source code to GitHub for all to tweak.

He includes a Readme file just in case you need a bit of documentation, but other than that, you’re free to do whatever you wish with what Alun Bestor has developed. Try to make something really fun with your spare time. DOSBox’s source files are also available online if you need them.

That should cover everything you need to know about playing DOS games with Boxer on the Mac. I’m sure you have a few other ideas of your own, so why don’t you share them with us in the comments?

If you see yourself using Boxer a lot, I suggest donating to the developer for his efforts. Right now the app supports OS X 10.5-10.8, which means that he’s keeping it up-to-date with updates that both improve performance and add bug fixes. I’m sure Bestor will appreciate receiving a few dollars from you as a way of saying thank you for the fantastic app that he’s made. Without it, DOS games on Mac wouldn’t be so user-friendly.