Quick Tip: How to Set Up a Text-Based Notes System

Technology is change, but there are often pieces of your life that you want to keep. These pieces of your computing lifestyle often include photos, videos, music, and various other pieces of data that are either necessary or useful in one way or another. While the photo, video, and music mediums have widely-used standards, text is a different case.

For longer-form documents, Microsoft Word and its proprietary file format reign supreme. But in the world of shorter documents used primarily for notes, there is no standard. From Google Keep to Evernote, to Apple's own note system built directly in to OS X 10.8, the options are often overwhelming. However, in this tutorial we will set up a system based upon the venerable .txt file format using modern tools.

Plain text files are readable on basically every platform on the planet. From support on platforms like OS X, Windows, and Linux, to the mobile platforms currently in their prime, plain text files are easily read on any computing platform you are likely to encounter. On the Mac, as on other platforms, there are powerful tools to create a workflow based on this file format.

However, this system is certainly more for a technical user who appreciates the ability to swap out a text editor from time to time, or doesn't want to be beholden to a single third party for an aspect of their computing lives as important as note storage.

At the forefront of this is Notational Velocity. Notational Velocity was designed expressly for the creation and maintenance of such a text-based notes system. The application's interface is dead simple: it consists of a search bar, a selection field, and an editing interface. Notes are added by simply typing the title in to the search field, and then hitting enter to create a new note.

Because this notes system isn't dependent on any one company or technology, the synchronization mechanism is decoupled from the program used to create, edit, and maintain the actual notes. Thankfully, there are well-known, reliable options available to add this synchronization aspect that is so sought after. The most popular -- and, arguably, most reliable -- of these works by using Dropbox as the back end.

Dropbox is an incredibly popular file storage and synchronization system. The service offers developers APIs, which in turn allows developers to plug their application in to Dropbox. Dropbox is free for 2GB of storage, which is more than enough space for a notes system such as this.

After  the Dropbox client is installed on your system, simply drag the folder created by Notational Velocity to the new "Dropbox" folder. Any notes created or edited will automatically be synchronized with your Dropbox account, allowing any and all devices with an internet connection to view and edit those notes. On iOS, as well as on almost all mobile platforms, applications exist for the express purpose of editing such notes located in Dropbox.

As mentioned above, one of the major advantages of this system is in its componentization. The synchronization is so reliable because it is based upon Dropbox. Notational Velocity is so great for taking notes because the developer focused on creating a tool that excelled at completing just one task.
This system can be carried virtually anywhere: from iOS with clients such as Notesy, to Android, and even to Windows. Don't forget, too, that your notes are immediately pushed to Dropbox. Dropbox has an excellent website that can also act as a portal to view notes. Such a capability is particularly useful when in an environment that may not be the most secure (like using a public computer in a local coffee shop).

Furthermore, alternative Mac clients exist. One of the most popular is actually a relative of Notational Velocity. Released under the title of nvALT, this editor was created by Brett Terpstra to better suit his personal workflow. Included in this version are power-user features such as support for the Markdown editing syntax, linked notes, and a slightly tweaked interface. Both Notational Velocity and nvALT represent fantastic options, though nvALT is better suited for professional users.

Ultimately, while easy to set up, this type of system works best for the pro users. The advantages will only be seen as such by users with a more technical background, and therefore this note system will always be restricted to a smaller audience than a more packaged solution, like Simplenote. However, if relying on a third-party service to store such an elemental aspect of your digital life troubles you in the least, this method may be just for you. 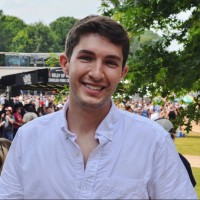 Jonathan Kizer
Jonathan Kizer is a freelance writer whose work has been featured across the web. His experience is wide-ranging, having used almost every mobile and desktop OS for at least some time. His area of expertise is in anything Apple or Google. He also considers a biography page as an excellent way to make people laugh, but can't currently think of a suitable joke.
Weekly email summary