By the end of this tutorial, you will know how to:

Regardless of the application with which you are working, you can capture a screenshot on-the-fly using one of two different shortcut combinations.

To capture a specific part of your screen, press Command Shift 4.  You will notice your cursor change from the typical arrow to a crosshair.  Click and drag to select the area you want to capture, then let go.  OS X will instantly place your captured screenshot on your Desktop in the form of a .png file.

Want to capture the entire screen instead?  Press Command Shift 3.  Once again the screenshot will be placed on your desktop.

Using Grab to Capture a Screenshot

Grab is an application that ships with OS X.  If your screenshots require a bit more precision, then it may be a better fit.  Launch Grab from the Utilities Folder within your Applications Folder.

Moving your mouse up to the Capture menu, will allow you to see a few different options.  You will see the basic screen and area capture options, but now you will also have the ability to capture a specific window or set a timer before the capture begins.

To capture a specific window, click on Capture, then Capture Window.  You may also use the shortcut Command Shift W .

To capture a timed screenshot, click on Capture, then Timed Screen.  You may also use the shortcut Command Shift Z.

Unlike the simple shortcuts, Grab will show you what you have captured and give you the chance to either save it or get rid of it at the end of any capture.

Occasionally screenshots just are not enough to get your point across.  Luckily, QuickTime has you covered.

To record your screen and audio, simply launch QuickTime.  Then from the top menu go to File and then New Screen Recording.

To record your entire screen, single click anywhere on the screen you would like to record.  To record just a portion of your screen, click and drag to outline the area you wish to record.  Once the area is set you may start recording with the record button or adjust the settings by clicking on the triangle.

When you are finished, you stop recording by pressing the Stop button in the menu bar.

Upon completion, QuickTime will show you a video file that you can save, trim, or discard.

If you are interested in creating screen recordings with a bit more polish, I can't recommend ScreenFlow enough!  You can download ScreenFlow from the App Store, or test it out with a free trial.  With ScreenFlow you can edit your video and audio either together or separately.  This can make for some powerful screencasts.

When you first launch Screenflow, it will bring up a configuration window to set your inputs for your video, audio, and/or screen.  Set them as you see fit.

When you are done, click the camera icon from the tool bar and choose stop recording.  Your most recent recording will be presented to you in the Screenflow editor.  You will see a very intuitive user interface with the preview on the top, the property editor sidebar on the right, and the timeline below.

Highlight the selection you just created and click Delete.

Then you can slide the remaining pieces together.

When you are finished adjusting the timeline and properties of your audio and video, you can export it in a variety of different formats by going to File then Export.  Choose your settings and save!

Whether it is a simple screenshot or a full-blown webcast, adding that extra bit of information can go a long way towards clear communication.  You can use screenshots for making tutorials or just improving email correspondence.  You can record your screens for more robust demos or even tutorial creation.  Either way, using the techniques I have just described, you can now screen record or screen capture like a champ! 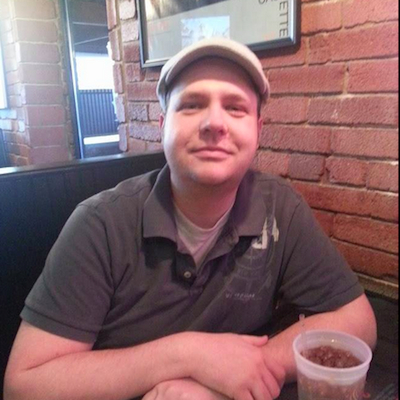