The Complete Beginner's Guide to Switching from Windows to OS X

Making the switch from Windows to OS X can be a pretty daunting task, especially if you've grown up using one system for your entire life. But migrating across to OS X doesn't have to be difficult. Given the range of Mac programs now available and the better compatibility with existing Windows peripherals, such as mice and keyboards, it is a lot easier to do than it used to be, especially since the switch over to Intel-based systems.

I ditched Windows for Mac nearly 2 years ago (mainly because of Apple's generous education discount) and I have to say, I've never looked back since. Obviously, this is my personal preference, but I find Macs so much easier to use and less "clunky" than Windows. So, for all those of you wanting to switch over to OS X, I've compiled a comprehesive guide on how to migrate your documents and settings over to your Mac and make the transformation as smooth and painless as possible.

Step 1: Forget All the Rumors!

There are plenty of rumours flitting around that may swing you towards not switching over to a Mac. Of course, opinions are strongly divided between Windows and OS X users, but I can tell you now that most of these rumours are wrong, so don't let yourself be swayed by them.

One of the main reasons people hold back on switching to OS X is the lack of compatibility with Windows, however this is mostly untrue. Most common Windows programs have a separate Mac version and a lot of external peripherals (such as mice, keyboards, external hard drives and monitors) are fully compatible with OS X.

There are often very good (and sometimes better) Mac alternatives to Windows programs and since the switch from the PowerPC to Intel architecture several years ago, Macs have been able to run Windows either virtually or via a separate partition using Boot Camp (more on this in a separate tutorial).

Step 2: Back Up All Your Files

Before undertaking such a big task I cannot emphasise enough the importance of backing up your entire Windows hard disk drive (especially your personal documents), preferably onto an external hard disk. In order to ensure complete compatibility with OS X, make sure your drive is formatted in the FAT format (NTFS, the default file system for Windows, does work with OS X however in read-only mode – if you want to write to an NTFS-formatted drive you'll have to use a third-party software solution such as NTFS for Mac from Paragon). 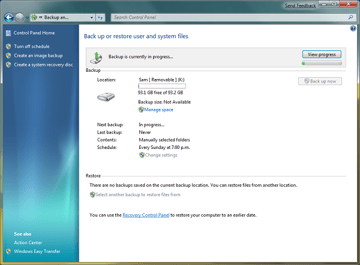 Make sure you perform a full backup of your Windows PC before you start the migration!

You can backup in two ways:

Another point worth mentioning is how to backup your e-mails, calendars, contacts and so on, which may be saved on your computer. Most email is stored on a central server, so when you've completed the switch you can just log into your favourite mail program, set it up with your account and sync your mail immediately, however if you want to sync your calendars and contacts, then this can sometimes be a little trickier.

Most email is stored on a central server, so when you’ve completed the switch you can just log into your favourite mail program, set it up with your account and sync your mail immediately.

You can use Apple's default iCloud offering (which also has a Windows version as well) to sync mail, contacts and calendars in Outlook 2007, however, I personally wouldn't go for this option as it can be a bit temperamental. A great (and free) option is fruux (which I reviewed recently on Web.AppStorm) which imports all your existing contact and calendar data onto their servers and allows you to keep it in sync with a number of different devices.

The setup program is really simple to use and it works across pretty much all your devices (you can even use it to sync your mobile devices as well). However, the free account only supports up to 3 separate devices.

Step 3: Migrate Your Documents and Settings

Although moving all your documents and settings across to your new Mac may seem like a daunting task, it is actually fairly simple thanks to the range of software out there on the Internet. There are plenty of proprietary applications to help you to this but I find one of the best (and cheapest) is Apple's own Migration Assistant, which can be downloaded from their website. 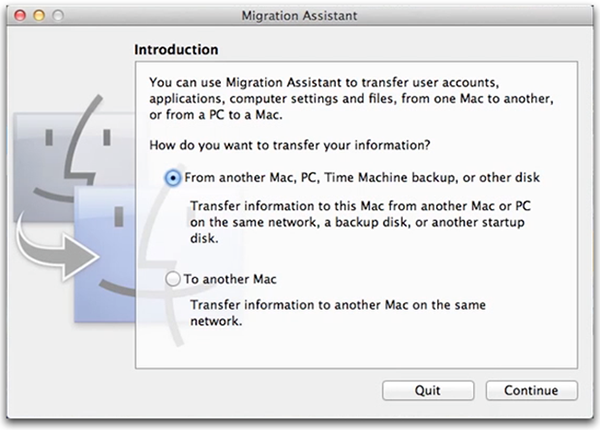 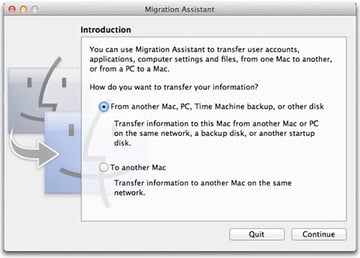 Apple's own Migration Assistant will help move over your documents, settings and other files over to your new Mac

Migration Assistant will import virtually every element of your PC onto your Mac.

Migration Assistant will import virtually every element of your PC onto your Mac, including your desktop background, any e-mail accounts and contacts in the address book (though it is a good idea to back them up using an online service such as fruux described above), bookmarks into Apple's Safari (though if you are using the new version of Chrome, this is often not necessary) and a lot more.

You'll need both your PC and your Mac running on the same network (either wireless or wired) for the assistant to work. I am also assuming that your Mac is running the latest version of OS X as well (Lion) for the migration (if your Mac is running Snow Leopard then the setup program is slightly different):

Once you've done this all you need to do is sit back, relax and wait for the Migration Assistant to do its job!

Step 4: Getting to Grips With OS X

OS X is designed for simplicity, but there are a few quirks about it that take some getting used to if you've just migrated from Windows.

Most Mac apps come in the form of a disk image (with the file extension .dmg) which has to be “mounted” (anyone who has previously used Linux will be familiar with this) before it can be used. To mount a disk image which you've downloaded from the Internet, simply double-click on it and the mounted image will then pop up on your desktop. 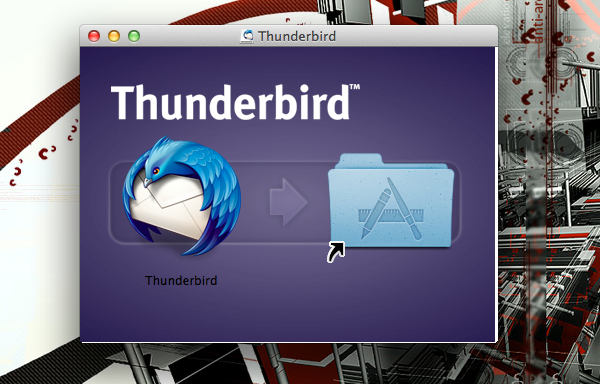 Mozilla Thunderbird mounted as a disk image in OS X

With most Mac apps, to install them, you simply drag the application's icon into your Applications folder, where it will copy and install. To uninstall it, simply drag the application into your Trash can (though utilities like AppCleaner do a more thorough job). The same applies to unmount a disk image, just drag it onto your Trash can where an eject symbol pops up. Some larger apps (e.g. Microsoft Office and Photoshop) have the traditional installation program though, just like in Windows.

Another way to find and install applications is via the Mac App Store, which has been a feature of OS X since the Lion release. You'll need an Apple ID (which you set up when you first boot up your shiny new Mac) and you'll have to provide your credit card information to iTunes to purchase anything (even if it's free). The good thing about the App Store is that it's easy to scout out the top Mac apps in a load of different categories and it's also a good way to discover new software. 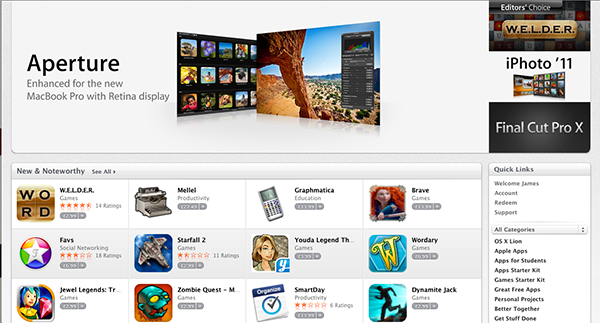 The App Store, which has been a standard feature of OS X since version 10.6.6, is a great way of discovering new Mac software

You'll find after using OS X for a couple of hours that the keyboard does take some getting used to. Although Mac keyboards are laid out pretty much similar to Windows ones, there are a few irregularities that are worth mentioning.

Most key commands that were performed using CTRL (Control) in Windows are performed using the Command key (with the ⌘ symbol). So copy is simply ⌘ + C, paste is ⌘ + V and so on. Also note that Macs don't have the Alt Gr key, instead they have two Option (⌥) keys. There's a very useful (and free) Mac utility called CheatSheet  which gives you an overview of all keyboard shortcuts for a variety of Mac applications.

Once you've migrated all your documents and settings over then it's time to start using your brand shiny new Mac! We'll be bringing you further tutorials, including a complete introduction to OS X for newbies as well as how to run Windows on your Mac, ensuring the best of both worlds!

Please feel free of course to share your comments and thoughts about this tutorial, especially if you've already made the switch from Windows to Mac or you are planning to!