The Dock is an essential part of OS X. It’s been there since the beginning (of OS X, that is) and people use it daily for opening their favorite apps. Interestingly enough, Apple brought in an alternative called Launchpad with the release of 10.7 Lion. This isn’t what one could call a replacement for the Dock, but it can be an alternative if you use it correctly. The topic at hand today, however, is the classic navigation scheme on a Mac. I’m going to take a look at all the little hidden features that the Dock has — things you probably never noticed or mistakenly discovered.

It Starts with A Right-Click

Every major function of the Dock can be controlled with either a primary left-click or a secondary right-click. Clicking an item will open it, which you undoubtedly already know. Right-clicking an item, however, will open a menu. If the app is closed, there are generally only three options available.

These three options are typically what show up in the right-click menu when an app is closed. However, on occasion, with apps like System Preferences, you will encounter a much larger menu. Clicking any of the extra menu options will open that function of the app instead of its main screen.

When Apps Are Open 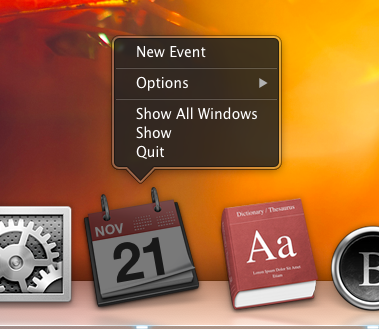 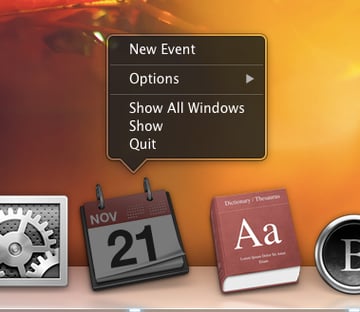 When an app is open, menu options can vary because all apps are different. (I’ll discuss this in detail later on.) However, there are two that are consistent with all apps: Hide and Quit. The first hides the app from view and it doesn’t show up on the Dock. The second simply quits the app, just as Command + Q would. However, if you hold the Option key, these options change to Hide Others and Force Quit. The first hides every app except for the one you’re clicking on and the second force-quits an app if it’s being troublesome — something you can also do with Command + Option + Escape.

Lastly, before we move on to folders, there’s the case of an app you have hidden. Right-clicking it will reveal the same menu as before (and the special functions), but this time there will be "Show All Windows" and "Show" buttons in the place of Hide. If you have multiple windows open, the former will bring them all back up. If you only have one open, it does the same thing for that one. However, if you click "Show" with multiple windows open, only the main one will appear whereas "Show All Windows" restores the exact state of the application prior to hiding.

Folders (stacks) are completely different from apps in that they have extra menus for appearance customization and organization tactics. There’s one missing, and it’s obviously "Open at Login." When you right-click a folder you will be presented with the following new menu options.

Last up is the Trash Can. This could have been included in the next section, except it’s not really an app, so it’s going to be in its own little subsection instead. What can you do when right-clicking it? Only two things: open it and empty it. There is another hidden feature that most people don’t know about though. If you hold the Command key, the "Empty Trash" button will turn into "Secure Empty Trash." If you put any sensitive information in your little metal bin, it’s a good idea to use this to remove every trace of it. You can also enable it by default by going to Finder’s Preferences, clicking the "Advanced" tab, and checking “Empty Trash securely.” 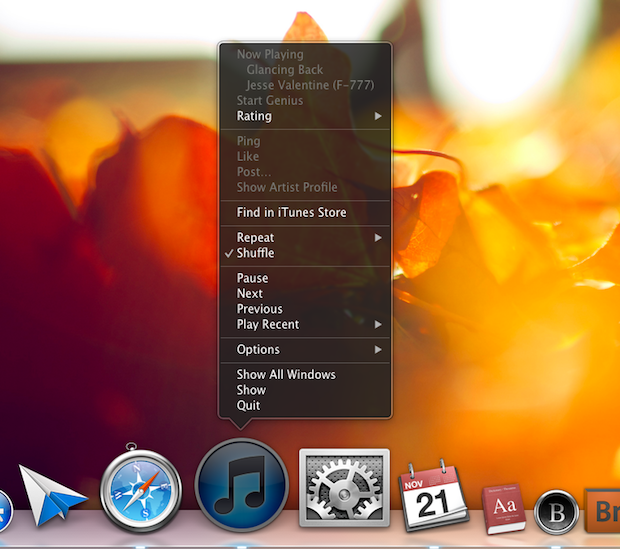 iTunes' special menu for songs like this one, and any that are in your library

Now, on to the most exciting part of the Dock’s functionality: app-exclusive right-click options. Clearly, since it’s not possible to integrate functions like iTunes controls and stuff into a single click of the app’s icon, the alternate menu had to be used. The following is a list of commonly-used apps and their special Dock functions.

Before I go back through my little round door, let’s go over the last bit of customization efforts that Apple has made with the Dock. I’ll meet you at the port — I mean Dock — in System Preferences. 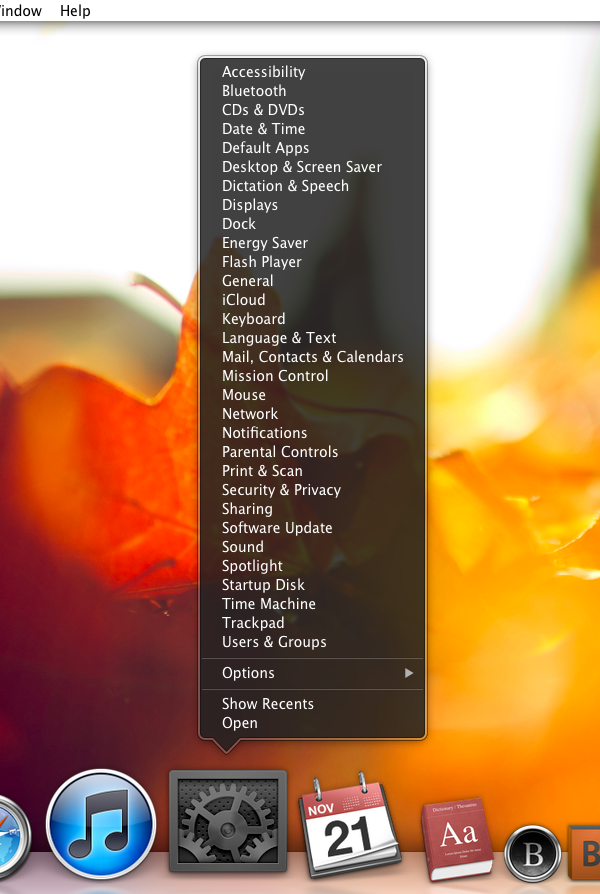 This is how a real app does it

You didn’t know the Dock was that complicated, did you? That doesn’t even scratch the surface of theming and there are other apps out there that have special functions as well — I only mentioned a few. Hopefully, you learned a lot from this tutorial and if you already knew about all this stuff, why not tell us what your favorite function of the Dock is or share a finding of your own? See you in the comments!