OS X Mountain Lion came with a lot of new features, many of which were not explained well. There’s always documentation, but it can often be tedious. So, for the sake of a deep look at Power Nap, one of the new features in Mountain Lion, I’ve gathered all the information I could find on the topic. In the following read, you will find everything you need to know about Power Nap: how to use it, what its benefits are, and the interesting hidden features offered.

What is Power Nap? 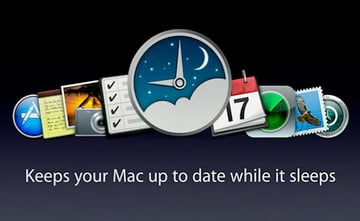 Think of it as silent operation: updating, Mac App Store downloads, Spotlight indexing, Time Machine backups, iCloud syncing for apps like Calendar and Contacts, and more can continue while your MacBook is closed. Instead of waiting for something to finish, you can just shut the lid on your Mac to allow it to finish all the tasks quietly. It’s important to know that all Power Nap operations are initiated hourly, not every few minutes.

Tip: Power Nap is only compatible with Apple’s notebook line — and is exclusive to a few models — at this time, but more will be added in the future, possibly even iMacs and Mac minis.

As with push on an iPhone or iPad, Power Nap will check for new email, provided you’re using the OS X Mail app for this. When you open up your computer again, any new emails you were waiting for should show up. This all depends on the checking schedule, however, which can be set in the General tab of Mail.app’s Preferences pane. Likewise, if you add an event to your calendar on your iPhone, it will automatically be added to your Mac within a few moments, even if you think the computer is sleeping.

You’re probably wondering, “How does it work?” Well, using the solid state drives, Apple has integrated a soundless functionality into Mountain Lion that uses WiFi and the built-in hard drive. Nothing is spinning — not even the fans for cooling, because the operation consumes so little power.

Power Nap is an economical thing if you want to save a few dollars. Rather than leave your Mac on with the screen on full brightness, consider closing it and allowing the processes to complete by themselves while you do something else and save electricity.

Is It Compatible with My Mac? 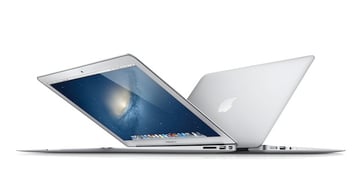 If you have a MacBook Air or Retina MacBook Pro, then yes.

As of the time of this writing, Power Nap is compatible with the MacBook Air from Late 2010 with OS X Mountain Lion v10.8.2 or later, the mid 2011 and 2012 MacBook Air, and the Retina MacBook Pro, released earlier this year. Updates for each of these machines are available on Apple’s “Mountain Lion: About Power Nap” support page.

Unfortunately, not all MacBook Pros that have a solid state drive are compatible with Power Nap. Apple may add these devices to the list in the future, but it’s unclear whether it wants to keep the feature exclusive to the thinner Macs. If this were the case, it would make sense and also add some marketing weight. 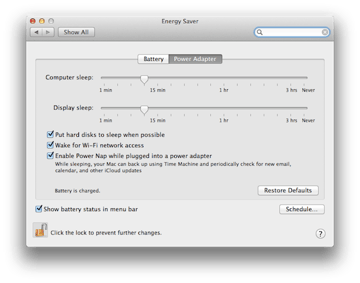 It's as simple as checking a box.

Contrary to popular belief, using Power Nap is incredibly easy and requires little setup. All you have to do to get started — provided you have one of the aforementioned Macs — is follow the steps below. 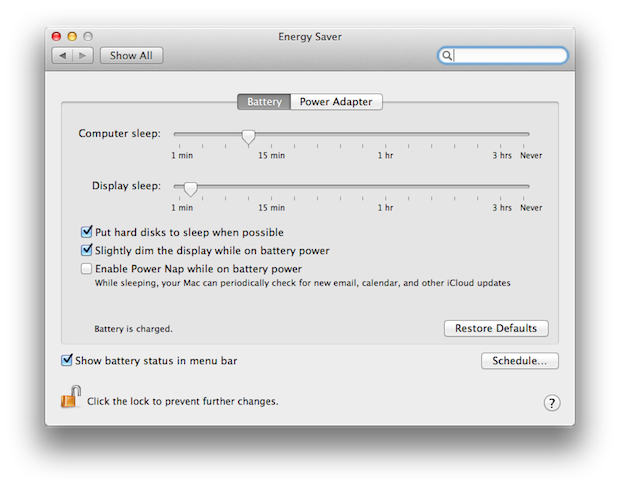 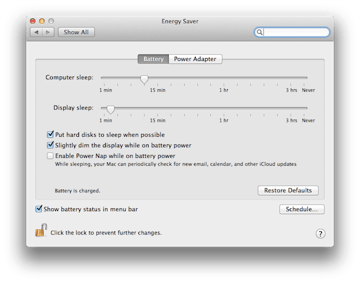 And then, if you want to use up some battery power, check another box in this tab.

That is for when you have your computer plugged in, but you can also go to the Battery tab and check a similar box to enable Power Nap while on the go. It’s not recommended to do this because battery power is already limited, though it might be nice to receive emails and other updates while on the train or in flight.

Also, the feature is programmed to be disabled when 30 percent or less of battery is remaining. Do note that the description of Power Nap in the Battery tab is different than that of the Power Adapter tab, however.

While sleeping, your Mac can periodically check for new email, calendar, and other iCloud updates.

While sleeping, your Mac can back up using Time Machine and check periodically for email, calendar, and other iCloud updates.

Are There Other Uses?

Right now, Apple has limited Power Nap to the features mentioned above. It’s quite possible that the company will add support for third-party apps in the future though. Even the addition of Safari would be nice for people who have large downloads in progress, but want to continue doing something else and conserve power.

Power Nap was just released with Mountain Lion and Apple is undoubtedly working out ways to improve it, like iTunes sync with an iOS device over WiFi, offline Reading List downloads, and maybe even third party apps one day.

Hopefully this explanation of Power Nap was simple, yet informative enough for you to understand how it works. There should be a future for the feature and maybe other Macs will be able to use it one day.

If you have any questions about how Power Nap functions, or possibly thought of some great ways it could be used throughout the OS, feel free to leave a comment below.