Using Spreadsheets for Finance: How to Calculate Depreciation

When you buy a capital asset for your business—say, a machine, a vehicle, or property—you'll probably want to depreciate it over time. This will make your financial statements reflect that the asset is being used up gradually, rather than all at once. You might even be required to depreciate certain assets, depending on how you do your accounting and applicable tax regulations.

There are several common ways of calculating depreciation:

The difference between all these methods is the speed of depreciation. Depreciation should generally match the rate at which an asset gets used—and thus declines in value—and some assets might decline faster than others. Just think of how quickly new computers become obsolete!

In this tutorial, we'll show you how to calculate depreciation in each of these methods, using any spreadsheet app. You can follow along with this tutorial using any version of Excel (for Windows, Mac, or the Excel Web App), Google Sheets, Numbers, and most other spreadsheet apps. Each of the functions will work the exact same way in any of these apps.

For each method in this tutorial, assume we're buying an asset for half a million dollars, Euros, or any other currency. The fully depreciated value will be 20,000, and we're going to depreciate it over 10 years. You can also follow along with the spreadsheet download, available in the top right corner of this post.

Straight line depreciation is the easiest to calculate and most commonly used, since the amount is the same each year. It's the initial cost minus the fully depreciated value, divided by the number of years.

The syntax of this function is:
=SLN(cost, salvage, life)

Look at the straight-line worksheet of Depreciation Worksheets.xlxs, or in your own spreadsheet, type in info from the example below:

Like straight line depreciation, the declining balance method is a constant amount each year, but at a higher rate. To calculate it, the worksheet multiplies a rate by the asset's declining book value. The book value is the initial cost, minus accumulated depreciation, and is sometimes called the carrying value. Don't confuse book value with market value, which is how much you can sell the asset for.

What is the rate for declining balance? Excel and Google both use this formula:

The declining balance function (DB) has the same 3 parameters as the straight line method—cost, salvage value, and life—plus two more:

The syntax of this function is:
= DB(cost, salvage, life, period, [month])

Look at the declining balance worksheet of Depreciation Worksheets.xlxs, or in the screenshot below. The initial cost, salvage value, number of years and months in the first year are contained in cells B3, B4, B5 and B6, respectively. The years are listed down column A.

Don't press Enter, yet! To save typing, we'll use the AutoFill feature to drag the formula down the column. To avoid errors, we need to make all the cell references, except the years, absolute.

Select each cell reference except A9, then press the F4 key to insert dollar signs. This prevents the reference from changing. The function should now be:
=DB($B$3,$B$4,$B$5,A9,$B$6)

Drag the AutoFill cursor down to the bottom of the column to get these results:

Note that the Year column goes to 11 because the first year had only 6 months.

When we use the declining balance method to accelerate straight-line depreciation by twice as much as we ordinarily would, this is a special case known as double-declining balance. This function is actually more flexible than the name sounds. By default, it will double the rate, but we can optionally use any rate we want.

The syntax of this function is:
=DDB(cost, salvage, life, period, [rate])

Look at the double declining balance worksheet of Depreciation Worksheets.xlxs, or in the screenshot below. The values are the same and in the same cells as in the regular declining balance, so click in cell B8 and enter the function:
=DDB(B3,B4,B5,A8)

Also like in the previous example, we want to AutoFill down the column, so select all cell references except A8 and press the F4 key to make them absolute. The formula you enter should now be:
=DDB($B$3,$B$4,$B$5,A8)

Then drag the AutoFill cursor down to the bottom of the column to get these results:

Specify your own rate

AutoFill down to the bottom to get these results:

You might want depreciation to accelerate faster in the early years and slower in later years, perhaps for an asset that loses value quickly, or where you want to take a charge-off sooner. For this, you can use the Sum of Year's Digits method.

The Sum of Year's function (SYD) parameters are similar to the previous methods:

The syntax of the function is:
=SYD(cost, salvage, life, period)

The function does the calculation using this formula:

Look at the SOYD worksheet of Depreciation Worksheets.xlxs, or at the screenshot below. The same values are in the same cells as in the previous examples, except the life is now 5 years. Click in B8 and enter the formula:
=SYD(B3,B4,B5,A8)

AutoFill to the bottom to get these results:

Now you know how to calculate four types of depreciation for capital purchases: Straight line for general, all-purpose use, declining balance for a faster rate, double declining balance for an even faster or more flexible rate, and sum of year's digits to get more depreciation in earlier years. Best of all, you know how to calculate each of those in any spreadsheet app you have.

So open a new spreadsheet, plug in your own numbers, and see what you get!

Please note: This tutorial is not intended to give you financial advice, but only to explain how to use spreadsheets for depreciation calculations. Please consult a qualified financial advisor before making any financial decisions. 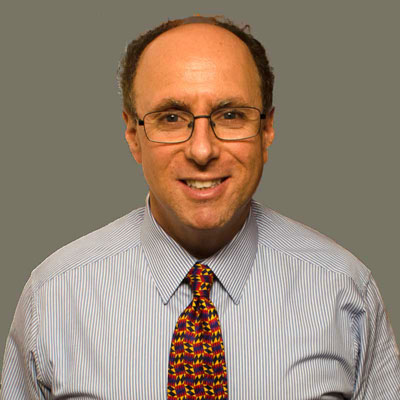 Bob Flisser
Bob Flisser has authored many videos and books about Microsoft and Adobe products, and has been a computer trainer since the 1980s. He is also a web and multimedia developer. Bob is a graduate of The George Washington University with a degree in financial economics.
BobFlisser
Weekly email summary